“Good work is a big team effort where everything and every person’s mind is aligned to make something beautiful. It’s magical.”
On face value, Basak Erol wasn’t born into the most typically creative family - her father was a Navy pilot while her mother was a bank teller. But, she tells me, the creativity in her genes surpasses what her parents did to make money and that they were as adept creating things with their hands as they were flying planes and counting money.
“We don’t have artists or craftsmen in the family, but strangely all of them are very talented with arts and crafts,” she says. “They all can draw and make beautiful things with their hands. I feel like creativity runs in the family but everyone before me was too afraid to pursue and make a career of it.”
Turkish-born Basak is a director repped by Ruffian in the US and Blink in the UK, becoming a full-time filmmaker after cutting her teeth in production as a creative coordinator at a Los Angeles commercial production company. She studied literature and communication design but neither was the creative flex that she craved, so she took 3D modelling, matte painting, cel animation and costume making classes on the side. She was “a bit all over the place” but the mish-mash of learnings stood her in good stead to understand the disciplines involved to be a director.
Then, less than a week after leaving school, one of her production company internship applications came through and she was helping out with PA work at the previously mentioned company. She was hired full-time at the end of the internship to a role that didn’t really have a name but involved working closely with the directors during their pitch processes, design-related work for the company and taking care of new interns.
"I had invaluable insights on different directors and how they approach their work, agencies, and clients,” she says of her creative coordinator role. “It was an amazing experience for me, as I was lucky to be one of the few people who were involved in productions both before the jobs were awarded as well as after. I got to see the jobs in all their stages. I listened to the calls with agencies, experienced pre-production, and then, if awarded, I went to sets and experienced behind the scenes. It was a huge privilege.”
But Basak was also making films with her friends on the weekend, spending months editing them afterwards and doing all of the comp work herself. Eventually the opportunity for her first professional gig came up, a short film as part of a series that MTV was shooting at the time. “It was super ambitious but fun,” she recalls. “My friend Colin Hakes owned a boutique production company in the Bay Area called Scandinavia and he pulled all the strings for it. They had their own studio and housing for some of the crew. It really was an amazing group of people I had the chance to work with. They gave their all to creative projects small or big. Ours was small and ambitious. Looking back at it, I appreciate them even more. There is a picture of us, a line up of crew giving each other shoulder rubs, yet still smiling.”
I ask Basak which piece of work she feels had the biggest impact on her career. “I think that was it,” she says. “We made it a long time ago now, but it still feels relevant. After that, I started considering directing more seriously. Music video commissioners were interested in sending more work and production companies were interested in having meetings.” 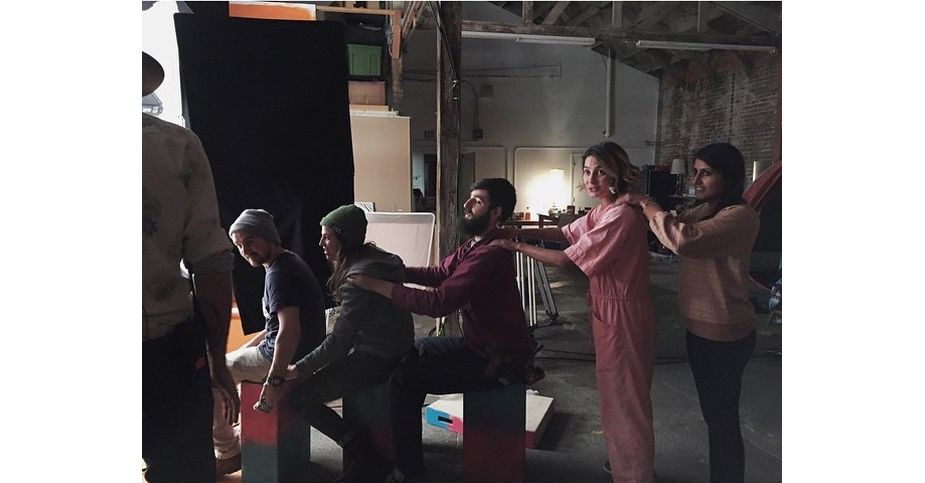 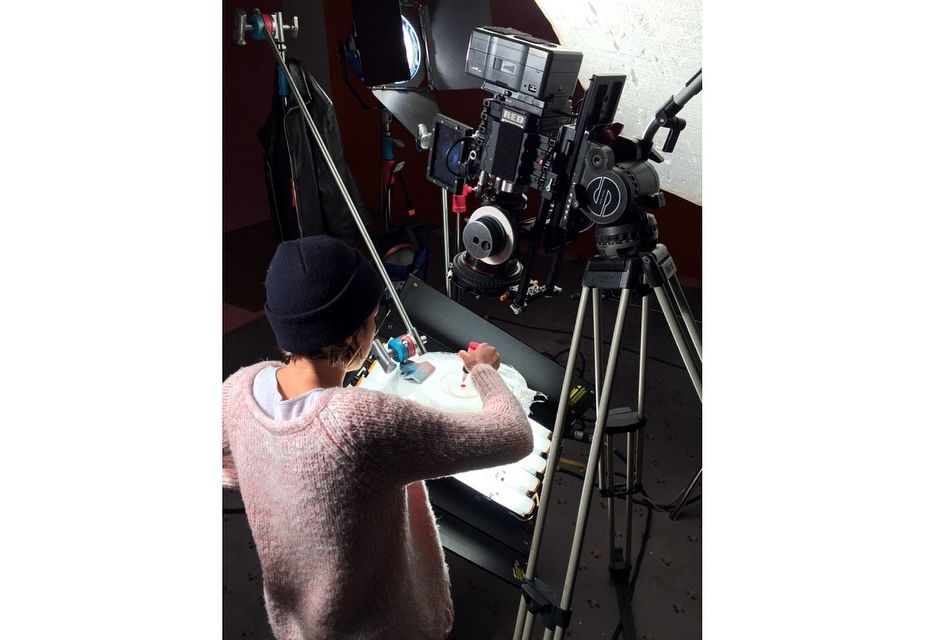 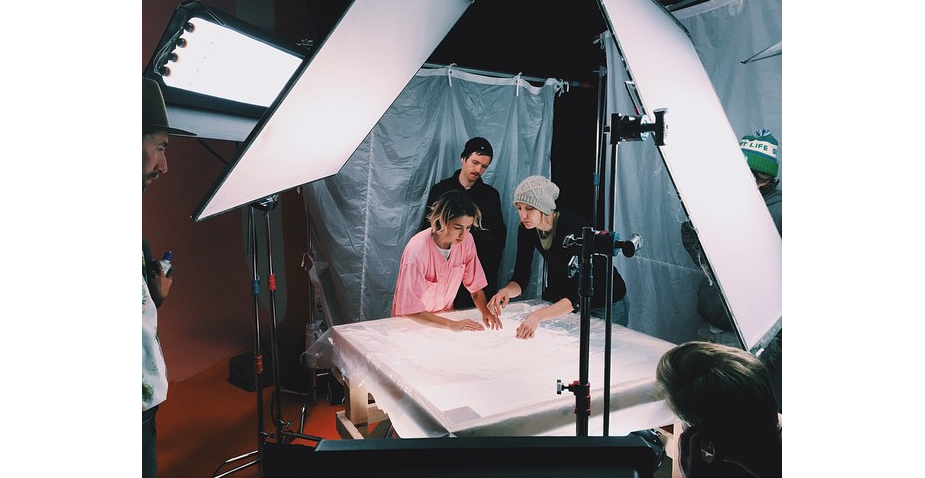 Some behind the scenes and stills from the MTV film
Those companies included Ruffian and Blink, where she truly started honing her craft and on-set experience. Since then Basak has leant her distinctive visuals to commercials for Dove, shampoo brand Elidor, juice company Suja, Confused.com and British restaurant Wagamama, and branded content and music videos for Anne Marie, Issey Miyake, Killspencer and Active Child. Her work has been nominated for Video of the Year at the 2018 Brit Awards. Basak’s bio notes her “signature look that goes against the pace” and that “her films have been described as explosive, sensual and fearless, a stylized work that makes you ‘feel’”. We are not going to argue with any of that.
“My favourite thing about it [directing] is visualising an idea that does not exist yet and seeing it come into form, materialise,” she says. “I write an idea or draw a picture, and then some amazing people I work with make it real. We then walk in it, look at it, touch it. It’s insane. And finally, we get to document this imagined scene with sound and picture to communicate its message and feeling to a large audience.”
Outside of work, Basak’s creative inspirations are nurtured more by the earth than the screen. Before getting married (her husband is one half of directorial duo Us) there was no TV at home, although the cinema and theatre was a source of entertainment and inspiration prior to the pandemic. “I try to connect with the earth as much as possible. Travel, meditate, and grow vegetables,” she says. “I am really into learning more about self-sustained life and horticulture these days.”
She cites Spike Jonze and Mike Mills as directors that she admires. “Spike Jonze’s worlds have the perfect balance of relatable stories and imaginary worlds, and I love the narratives in Mike Mill’s movies, the tonality in his films and his voice.” She also singles out her husband’s approach to filmmaking as a source of creative inspiration. “I admire his calm nature and approach to his work, it is all very thought-through and he truly enjoys it. You can truly see and feel his enthusiasm and excitement as he works on ideas.” But while she follows artists in an array of fields, including other creatives within her own industry, she tries to make a point of doing her own and not being influenced too much by trends. “I always want to find my own path and style,” she says.
And that’s the consistent theme of my chat with Basak - a love of visual language and an appreciation that she gets to exercise that as her career. “Being actively creative but not in a forced way [is what motivates me],” she says.
“I do what I do because it makes me happy. I can be just as happy baking cookies, painting illustrations or making a film. I don’t see a difference between them.”

The Work That Made Me: Dave Ma