Worldwide, around 50 million people live with dementia – and there are nearly 10 million new cases a year. Of that, it’s thought that 60-70% of cases are Alzheimer’s disease, the most common form of dementia. It’s a disease that can have devastating impacts on sufferers and their loved ones, and yet it can be hard to talk about.
That’s why advertising agency Hoy Buenos Aires has created this new campaign for Argentinian NGO A.L.M.A. (Alzheimer's Disease Fight Association) – in the hope that an everyday observation can get people talking.
The campaign depicts the ‘ghosts’ of demolished buildings that are left on party walls. Curiously, it’s an idea that the creative team at HOY had been knocking about for some months, as they had fallen in love with the strangely haunting imprints left behind by buildings that are no longer there. Eventually it came to them that it would be a powerful metaphor for Alzheimer’s, and after doing some research they contacted A.L.M.A. to see if they were keen to collaborate. 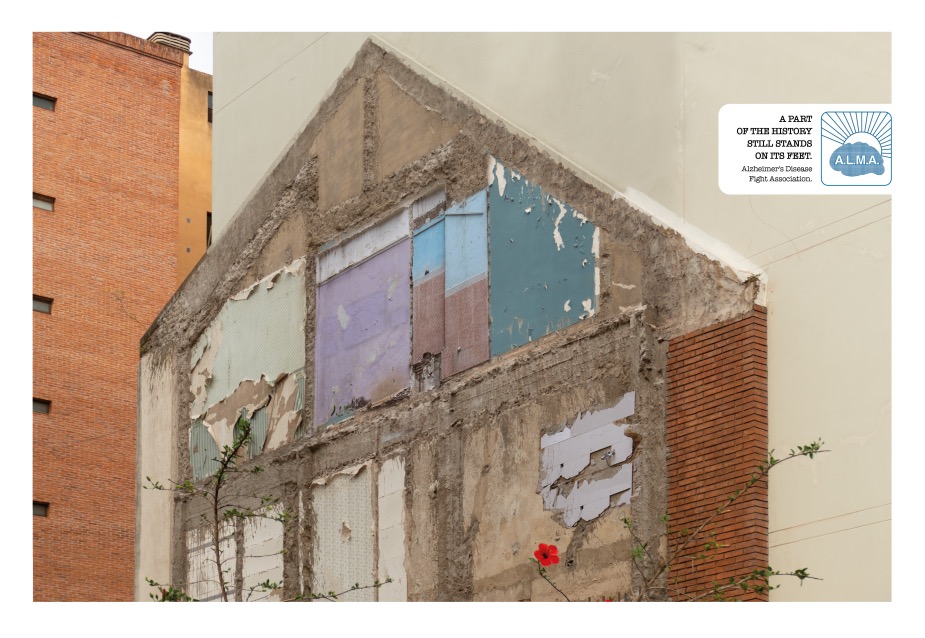 Unfortunately, as soon as it became time to produce the campaign, many of the party walls the team had fallen in love with around the city had disappeared, hidden by new buildings. That meant a thorough new search.
“After a lot of searching, we managed to find the three we liked the most, which had stories to imagine inside each one and that is the interesting thing about the campaign, everyone sees or imagines another story in each photo, or rather in each part of each photo. Then there were logistical challenges because it was not easy to take them from outside the construction site or without permits to enter, but like everything in this agency, we tried to make it happen and it did,” explains the team at HOY. 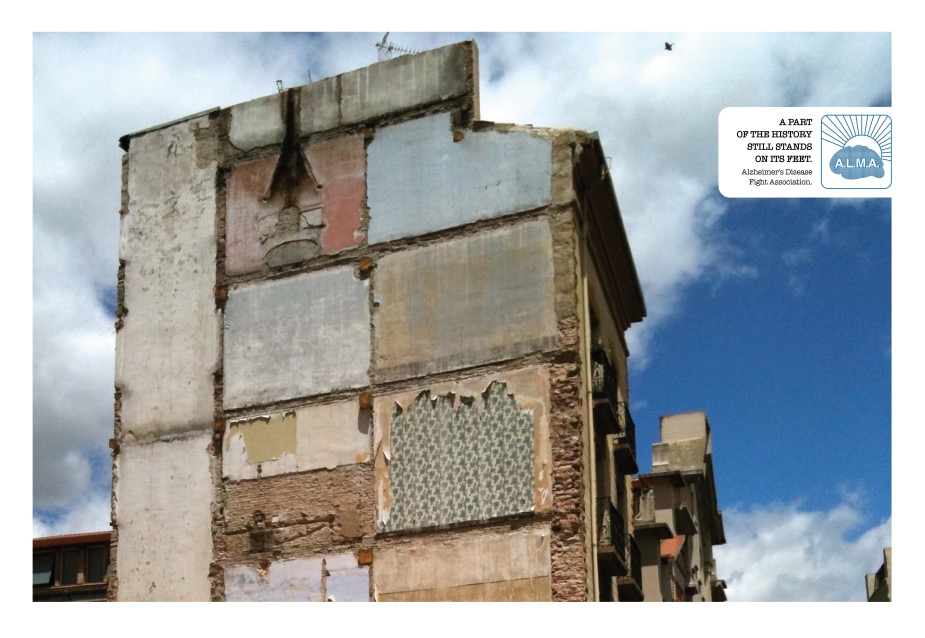 According to the team, dealing with a sensitive topic like Alzheimer’s disease requires starting from a position of acknowledging one’s ignorance. They were keenly aware of the gravity of the disease and the importance of accuracy.
“You built it knowing that you do not know much about the subject, finding out, informing ourselves and listening in order to learn about the most honest and precise way to say each thing and how, from our place, we could collaborate with this very difficult disease. This is what A.L.M.A. is all about. “
Thankfully, they had the team at A.L.M.A., who were happy to share their expertise and insight.
“The truth is that we met wonderful people, with a unique sensibility and you could see that they were all very eager to help and that they love what they do, so it was very easy to team up with them,” says the HOY team.