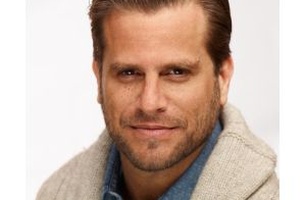 “Bringing Michael and Hey Wonderful into the RSA family speaks to our longstanding tradition of disrupting the industry,” commented Jules Daly, president, RSA Films. “Everyone stands to win with multi-platform creative partnerships like this. The best and the brightest under one roof can only serve our advertising partners in the most positive and creative way.”

Di Girolamo brings a wide breadth of experience to Hey Wonderful, most recently as an executive producer and partner of award-winning production company Station Film, which he co-founded in 2008. He has helped shape the commercial careers of some of today’s most accomplished directors, and as a recent Chairman of the AICP Show and NEXT awards, has been a tireless advocate of the industry’s growth and power to be a positive Influencer. Di Girolamo enjoyed an auspicious start to his career, working at commercial production powerhouses such as Anonymous Content, Propaganda and RSA Films.

“I’m thrilled to be working alongside the Scotts and Jules at RSA,” said Di Girolamo, Managing Director/EP, Hey Wonderful. “The synergy provides a brain trust with one of the most accomplished and well-respected film, TV and commercial production companies in the world. Storytelling is at the core of everything we do and with RSA at our side, the directors at Wonderful will be able to tap into the many resources and opportunities in content that RSA has to offer. It’s exciting to be in a position to share my vision and grow a new model company that encourages collaboration and celebrates innovation.”

Hey Wonderful is represented by Mischief on the West Coast, Wry Wit in the Midwest, RSA’s Trevor King and Tori Palmatier on the East Coast, RSA London for London and Sequoia Content for Canada.