- Above: director Alice Gu on set of 'The Donut King'
The producers behind 2020’s award-winning documentary feature, ​'The Donut King'​, directed by Alice Gu, have launched Logan Industry, a full-service commercial and film / TV production company. Following the success of the documentary, the company’s next feature project is the scripted biopic version of ​'The Donut King',​ to be produced with Scott Free, with Ridley Scott serving as executive producer. The news was announced yesterday by Logan Industry founding partner and executive producer, José Nuñez.
“It was an organic decision to put all our projects under one banner,” said José, a veteran commercial producer who has worked with shops such as RSA Films, Framestore, MPC and Caviar. “At Logan Industry, we aspire to be a little giant and that for me means having an impact in the market while operating as a cohesive family unit. I believe we have a well-curated roster to make such an impression. A perfect case study of what I mean is Alice Gu. She and I have worked together for many years on commercials. In 2018 we developed and produced her feature length directorial debut, 'The Donut King', and we are now collaborating with Scott Free on the scripted version of the film. And we have several other feature projects, as well as commercial opportunities, in the pipeline for Alice.” 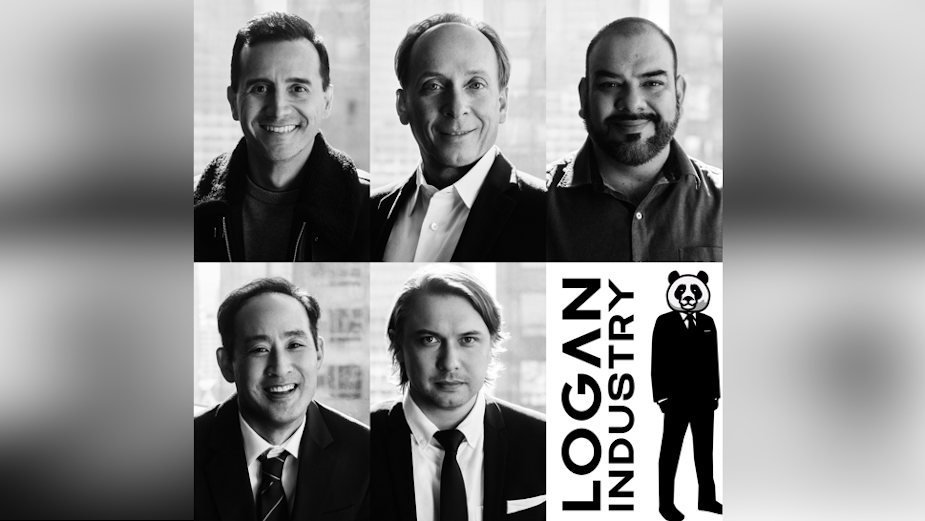 - Above // top left clockwise: José Nuñez, Gonzalo Troncoso, Andy Rosillo, Marthinus Lamprecht, Paul Kawasaki
In addition to 'The Donut King', director / cinematographer Alice Gu, the Logan Industry roster includes award-winning multi-disciplinary filmmakers Alexander Alexandrov (director / cinematographer), Laurent Ledru, Mauricio Sierra and Luis Aguer. Among their recent commercial work, spots for Apple, Nike, Tumi, Vogue, Coca-Cola, Samsung, Ford, Harley-Davidson, Microsoft and Disney.
Working closely with José will be Logan Industry executive producers Paul Kawasaki and Marthinus Lamprecht. Paul is a production industry veteran who spent the past 14 years as a staff producer then executive producer at RSA Films, and who has also worked with Supply & Demand, Tool of North America and Sony Imageworks’ Pavlov Productions. Marthinus is a seasoned freelancer who cut his teeth on major projects for Anonymous Content, Serial Pictures, RSA Films, Pretty Bird and MJZ, and in recent years, has produced almost exclusively for José.
José co-founded Logan Industry with experienced financier Gonzalo Troncoso and serial entrepreneurs Andy Rosillo and Eu Correa. The partners saw the 2020 pandemic shutdown as an opportunity to finally focus on the dream of launching and realising a new company, which has been decades in the making. Logan Industry nurtures a culture of familial camaraderie, which inspires the company’s creative identity, purpose and drive.
“Logan is an acronym that incorporates the initials of my daughter’s name plus L for love,” José said. “The name underscores the family spirit of our company. We strive to make stories that resonate with life today while capturing the innocence of old-fashioned dreams.”
To get more of the scoop on this venture, we grabbed a quick chat with both José and Paul.

Who is Logan Industry?

José Nuñez > Funny you should ask. Logan isn’t a person. It’s an acronym that incorporates the initials of my daughter’s name plus L for love. Love Olivia Grayson Auroux Nuñez. The name underscores the family spirit of our company.
Paul Kawasaki > Yes and we use the word Industry because it’s a word that connotes diligence and energetic, devoted activity at any work or task.

Tell us about your backgrounds and how you started working together.

José > After graduating from USC film school I made my career in commercials, 15 years shooting high end spots all over the world. In 2014 I produced my first spot for RSA Films where I met Paul.
Paul > José and I began a great working relationship at RSA that lasted from 2014 to 2020. I started there as an in-house producer then an EP, and Jose worked as a freelance line producer.
José > When the time came to grow Logan Industry, the clear choice was to bring Paul on board. His experience of 14 years at RSA and beyond that with Sony Pictures brings enormous value to Logan Industry’s EP team.

Does Logan Industry specialise in a particular type of production - how do you best describe the company’s capabilities?

José > Our expertise as content providers is in short-form traditional broadcast commercials, as well as branded content and web based advertising. Our roster of talented filmmakers also create long form projects - both narrative and documentaries - for the streaming platform, cinema and for broadcast / cable mediums. We work together with our filmmakers developing the films and creative partnerships that bring the projects to life.

Tell us about your roster of directors.

Paul > In today’s world you have to have many skills to be a top director, and we’ve assembled a roster of directors that have many talents.
José > Our roster includes Laurent Ledru and Mauricio Sierra, who have high level VFX capabilities, as well as Alice Gu and Alexander Alexandrov who are extraordinary cinematographers and directors. Finally, we have Luis Aguer, a master editor and storyteller.

What projects are you working on right now and down the road?

José > Our next project currently in development is 'The Donut King' feature film, directed by a soon-to-be-announced A-list director and co-produced with Scott Free. We have an awesome corporate whistleblower feature film project in development also in partnership with Scott Free. On the documentary side we have two feature length documentaries slated for this year and we’re developing other narrative feature and episodic projects with several of the directors on our roster slated for 2022.
Paul > A perfect example of that is Alice Gu and 'The Donut King' documentary. The film has won several awards and we are now setting up Alice’s next feature length doc as well as exploring other scripted projects.

How did 'The Donut King' come about?

José > I heard the story on NPR a few years back and as the eldest son of a hard working immigrant family the story had a profound effect on me. When Alice called in April of 2018 to say she wanted to make the documentary, it took all of five seconds for me to be 100% committed to the project. By June 2018, two months later, Alice and I embarked on the adventure of shooting Ted, the Donut King, in Cambodia on a shoestring budget.

Have you been surprised with the reception to the film?

Paul > We’re extremely grateful and happy with the film’s reception, which has been hugely positive. Lots of love and hard work went into making the film. Alice and José focused on making the best film they could, and they poured a lot of love into it.

What long-form work or documentary work that you have done in the past prepared you for 'The Donut King'?

José > This was my first feature length film. I’ve produced several narrative short films as well as hundreds of commercials. The short films are really what prepared me to produce 'The Donut King' on a shoestring budget. My experience as well as Alice’s in the high-end commercial world also prepared us to bootstrap and get things done. We started shooting in June 2018 and had a film delivered to SXSW in February of 2020!

Will you be taking on new directors soon?

José > Our plan is to stay grounded as a boutique production company, and not adding too many more directors. That being said, we are in discussions with a couple of directors and in the future we’ll consider more if they are right for the Logan Industry family.

What do you look for in a director?

Paul > A solid and unique creative vision, a team player with strong communication skills and someone who can work under pressure; directors who understand the business, love the craft of filmmaking and are passionate about innovative storytelling. In other words, someone who not only wants to direct, but wants to be a filmmaker.

How is Logan Industry working in the age of Covid?

Paul > We’re members of the AICP, which is working with the unions to come up with a Covid Shoot Protocol & Guidelines specifically for commercial production. The safety of crew, talent, agency and client are most important.