Iceland is unique, like nowhere else in the world. Situated on a geothermal hotspot that has shaped the country, it is a place where ice meets fire and mountains meet the sea.
Iceland has an incredible diversity in landscapes and shooting locations, from glaciers to black sand beaches, plains as far as the eye can see, mountains, yellow moss fields, geothermal areas, black rocky shores, fjords, old fishermen’s villages and modern Scandinavian architecture.
If you’re looking for big forests and a lot of wildlife, Iceland may not be the place for you. Even though we have some forests, they are nothing like their counterparts in the rest of Scandinavia, but that is also one of the beauties of Iceland, when you go around the island, most of the time you’ll have landscapes that reach as far as the eye can see, as there are almost no trees to block your view. We have a saying about forests in Iceland: “If you get lost in one, just stand up,” so small are the forests here. 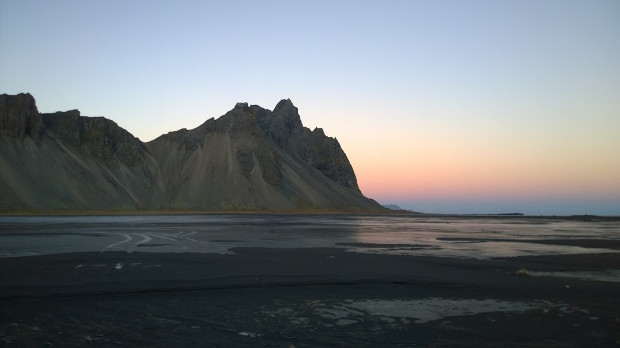 The only native land mammal here in Iceland is the arctic fox but as people came animals came with them so we have the Icelandic sheepdog, Icelandic sheep, Icelandic chicken and of course the Icelandic horse, all unique to Iceland. We also have big colonies of seabirds like the puffin and animals like seals and whales along our shores.
One of the most incredible things about Iceland is that you almost feel like you’re travelling from planet to planet in a matter of kilometres, so much is the diversity in the landscapes here. 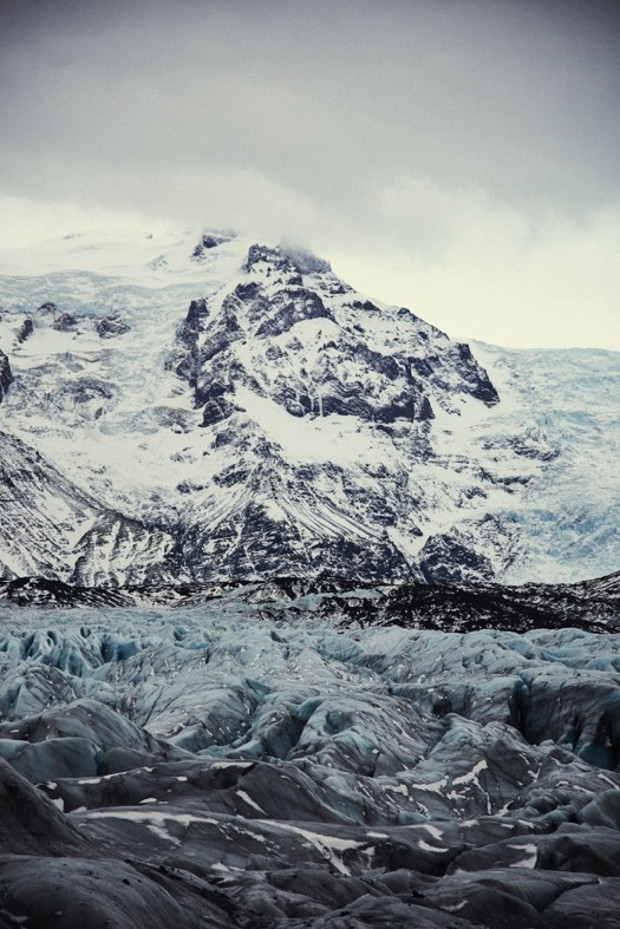 And we can’t forget the highly-experienced film crews that have worked on commercials for the biggest brands in the world and the biggest studios in the world as well. In recent years, big Hollywood movies and series have been partly shot here like the newest Star Wars movies, Game of Thrones, Fast and the Furious, Justice League, Oblivion and many more, providing Icelandic film crews with some vital experience. One of the reasons for the arrival of big budget projects to Iceland is also the fact that the State Treasury reimburses 25% of the costs incurred in the production of films and television programmes in Iceland. It does not cover production of commercials or music videos though. 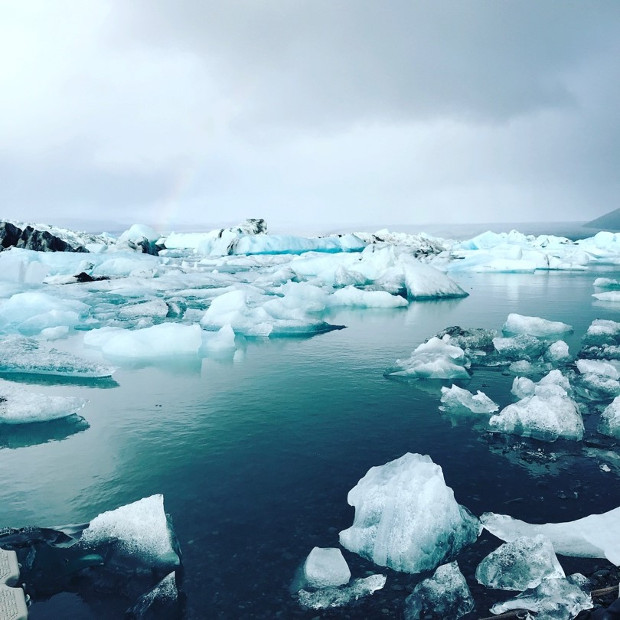 Icelanders are also always happy to help, no matter how big or small the budget, we will always do our best and work hard to make sure that when people leave they are more than satisfied with what they came to do.
I would say Iceland’s south coast is the most popular location. It is mainly so popular because of its beauty, but it is also logistically very convenient, with plenty of accommodation in the area and only about two hours from the capital Reykjavík and with many breath-taking locations within minutes of each other. Black sand beaches, stunning cliffs, moss fields, mountains, rivers, huge stretches of black desert and glaciers, everything you need to take you out of this world. 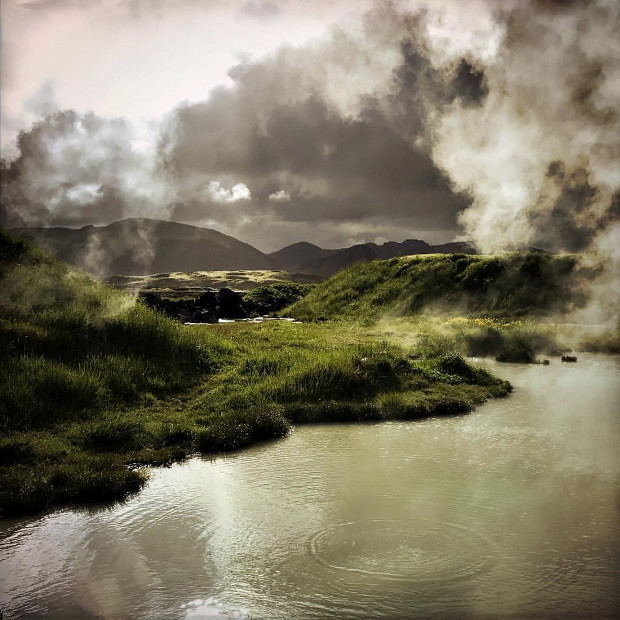 Iceland has so many astonishing locations that it is very hard to choose but I could only ever go to one place it would be the South Coast for its incredible diversity in landscapes. 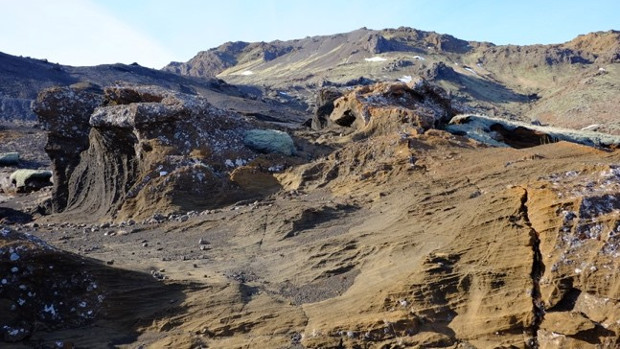 We have a saying here in Iceland about the weather: “If you don’t like it, just wait five minutes.” The weather in Iceland is ever changing, you can easily get all the seasons in a day. It is not as cold here as most people think (and the name suggests) with normal winter temperatures ranging from -5 to 5 degrees Celsius, as the Gulf Stream runs along our coast and heats up the atmosphere there, but it is very wet. The effects of the Gulf Stream don’t reach very far inland though, which is why all Icelanders live on or next to the coast. The centre of the country, which is called the highlands, is where our biggest glaciers are and is covered with snow and ice for most of the winter, so its roads are closed in the winter. It is however accessible with special vehicles and many shoots take place there every winter. 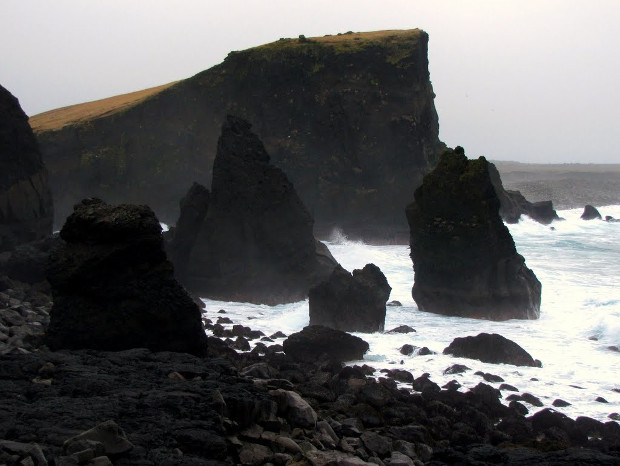 The summers here are mild but quite wet, normal summer temperatures here range from 10 to 20 degrees Celsius and we have midnight sun from May to August, which is very convenient for shoots. 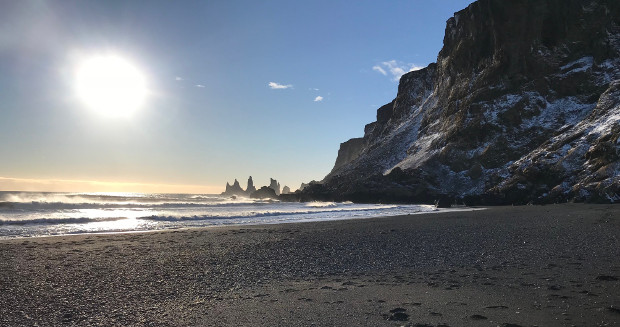 The harshest period of the year here is from mid-November through February as it is the most unpredictable period and not many sunlight hours, four to five between December and January.
The mildest period and the most convenient for most shoots is between May and August, with rather mild temperatures and midnight sun. 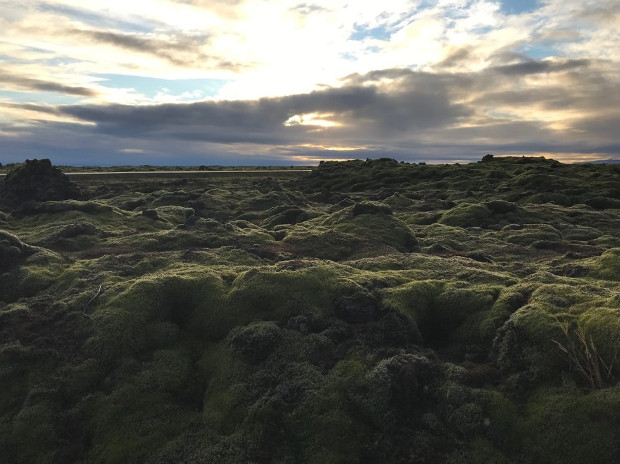 If I would have to choose one underrated or underused location I would say the Reykjanes peninsula, even though we have done some shoots there. The Reykjanes peninsula is situated just next to the capital Reykjavík, and is where the Keflavík International Airport and the Blue Lagoon, one of Iceland’s most famous attractions, are. It has black sand beaches, white sand beaches, canyons, geothermal areas, lakes, moss fields, lava fields, lighthouses, and pretty much everything Iceland has to offer. A logistically very convenient place as most shooting locations on the peninsula are just 40 minutes to one hour and a half from Reykjavík, where 70% of Iceland’s population lives and most of the members of the film crews as well, which means you can accommodate everyone in Reykjavík where it’s usually much cheaper than in the countryside. 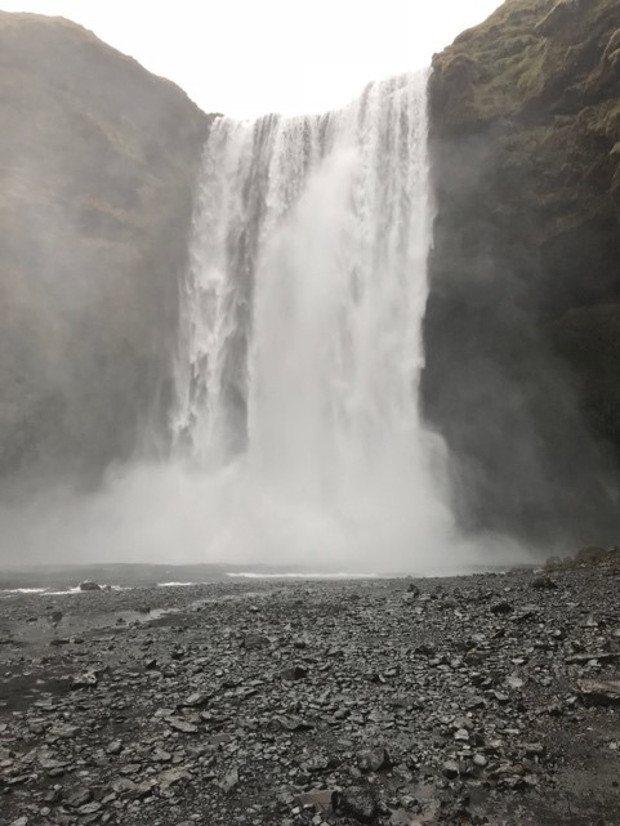 Jean-Michel Paoli, the founder of Comrade Film, has been working in the film and advertisement industry for roughly 30 years, starting in Aix-en-Provence and moving to Iceland almost 20 years ago and has had the chance to work on countless interesting projects like commercials and photoshoots for companies like Hermès, Canal+, Toyota, Peugeot, Renault, Honda, Nissan and many more. More recently we at Comrade Film have helped produce a commercial for the Japanese video game Dragon Quest, a music video for the French pop star Mylene Farmer featuring LP, and a film and photoshoot for Suzuki’s brand new Jimny, shooting both in Reykjanes and on the south coast. 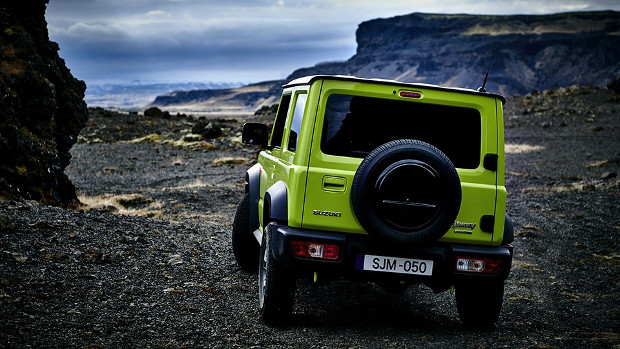 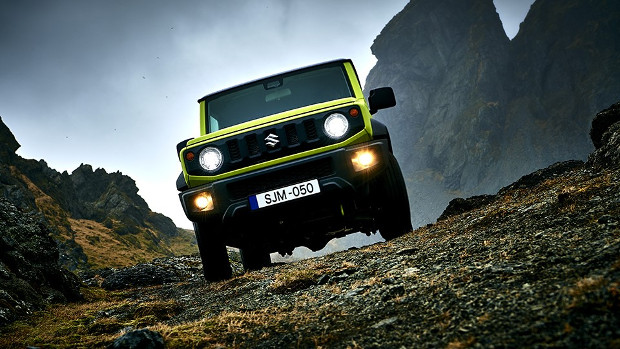 Almost all production companies are located in or around Reykjavík, but location wise our main competitor would probably be Norway with its fjords, mountains, modern Scandinavian cities, beautiful old fishing villages and Svalbard. Luckily we at Comrade Film cover Norway as well with our partner Rolf Pedersen at Encore Film, along with Finland, Estonia and Portugal. 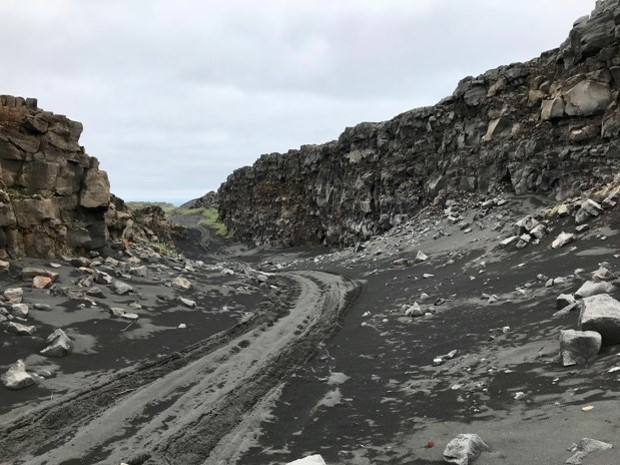 Iceland has mostly doubled for other planets in the past, like in Star Wars or Oblivion, but it has also doubled for other countries, like in Ben Stiller’s movie from 2013 The Secret Life of Walter Mitty where Iceland doubles as Afghanistan, the British series Fortitude where it doubles as Svalbard or Fast and the Furious 8 where it doubles as Russia. It has also doubled as Greenland and other arctic or Antarctic areas. 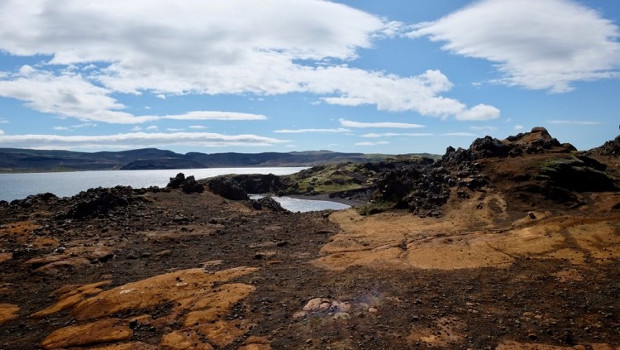 The most popular productions here with Comrade Film are probably car commercials. With Iceland’s beautiful roads and landscapes and our experience with these types of projects we have had the chance to work with companies like Toyota, Suzuki, Honda, Peugeot, Renault and others.

Do absolutely take warning signs and such seriously when you see them as Iceland’s nature is unforgiving if you don’t follow instructions. If you follow instructions you don’t have much to worry about as Iceland is probably the safest and most peaceful country on Earth, with no army and non-armed police officers.
Equip yourselves as the weather here is unpredictable and wet, so make sure you take everything you need to stay warm and dry, as working cold and wet for several hours is not very fun. Apart from that, have fun and enjoy the scenery, fresh water and fresh air while you can. 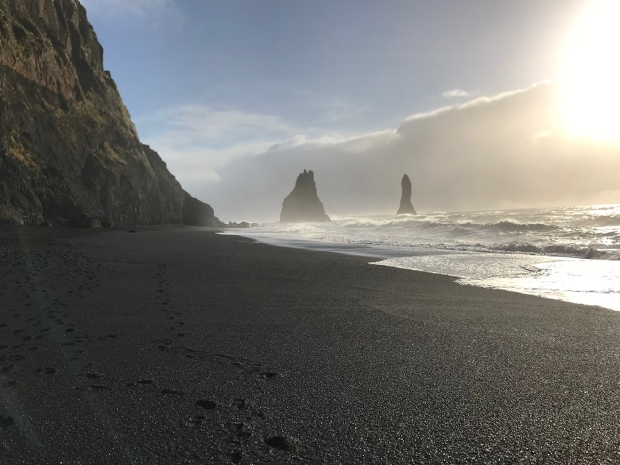 We most often have our clients staying at the Eyja Guldsmeden Hotel, as it is conveniently located in the centre of Reykjavík, it has very nice rooms, very production friendly and relatively cheap for Iceland
The best area for going out in Iceland is by far downtown Reykjavík. 70% of Iceland’s 350,000 people live in and around Reykjavík, so as you could guess most of the life is there. You have plenty of restaurants, hotels and bars there and if you want to have a night out a personal favourite of mine is a hip-hop bar called Prikið right in the centre of Reykjavík on the main street of Laugavegur. 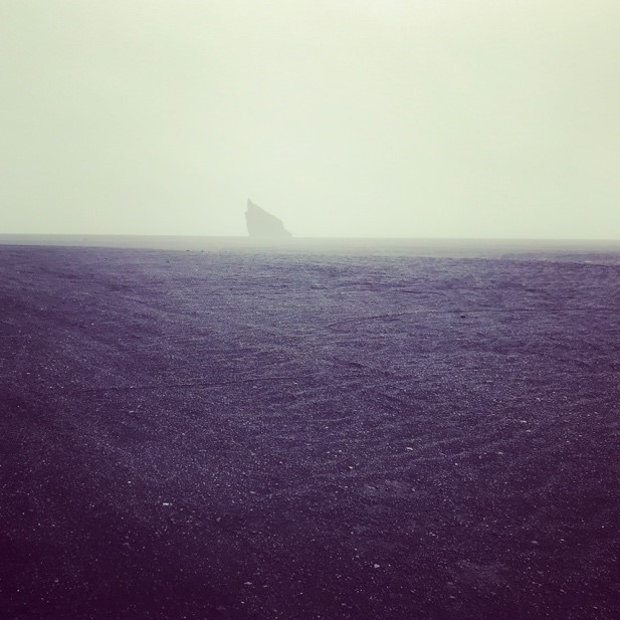