In 2015 Allfilm became the official Estonian partner of the Production Service Network. Today, with a permanent staff of twelve, Allfilm is one of the largest and most reliable production companies in Estonia with partners in Europe, South-East Asia, Russia and the USA.

Here, the team at Allfilm take give us the low-down on what you should know before shooting in Estonia.

LBB> How would you pitch your region and the surrounding regions to any production companies looking to shoot in your area? What are the main qualities of your region?

Allfilm> Estonia and the Baltics have a lot of history which has affected our culture. Due to this we also have great variety of locations in the region which is rather beneficial when offering production service. For example, we have a bit of a Soviet vibe, but at the same time we can offer a modern or Nordic touch as well. We have an abundance of nature, the seaside... And they’re all not that far from each other!

LBB> What would you say are the top locations in your region?

Allfilm> Top locations in our region are more related to nature. Forests cover about half of Estonian territory, so since we have different types of forests, this makes it one of the top locations in Estonia. We also have beautiful cliff roads next to the sea which brings me to the next location – the seaside. Estonia is right on the Baltic Sea, so we have a long coastline with different types of beaches which one could enjoy how they like. Apart from nature, popular locations are old buildings – for instance old closed down prisons. One of them is in the Rummu Quarry where part of the old prison territory has been flooded and is underwater. 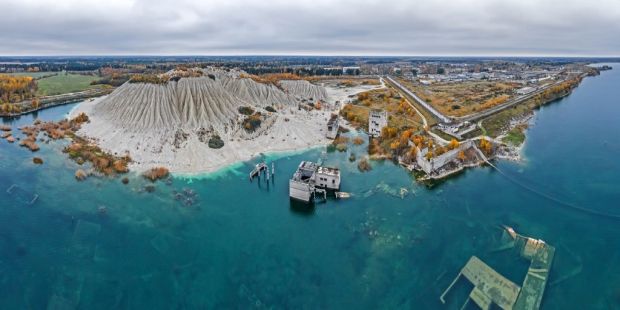 LBB> What specific location would you say is most popular? Why?

LBB> Tell us a bit about the climate and the best/worst times to shoot in your region?

Allfilm> Estonia has four seasons which gives you a great opportunity to shoot with various weather conditions. In the winter time, the natural daylight is rather short. But in the summer, the time between sunrise and sunset is four to six hours at the shortest, which gives us a maximum of 20 hours of natural daylight and a super long magic hour at the best of times! Since the weather is very versatile throughout the year, I wouldn’t say there are best and worst times to shoot in the region, from Estonia’s point of view. We really like to take all the opportunities the weather has to offer and work out the best ways to shoot in certain conditions.

LBB> Are there any locations that you think are underrated / underused in your region?

Allfilm> Since Estonia is such a small country and the distance between locations isn’t that far, it seems that all the precious locations have had the chance to appear in different TVCs/films/music videos. Still, if there are some places that might be underrated/underused, then I’d say these would be the cliff roads, high from the sea level on the coastal areas. 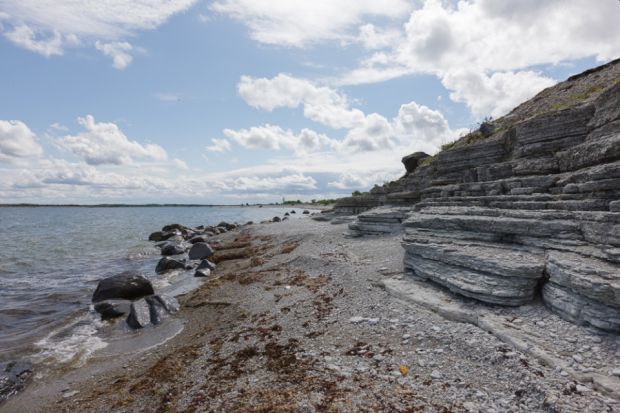 LBB> What has been your biggest/most successful production to date?

Allfilm> Since Allfilm has two active departments – film and commercial – then I’d bring out something from each department. From the commercial side, we’d proudly present you one massive shoot from a local client, telecom company Elisa. Their name launch campaign gave us a chance to make a domestic commercial look like a movie trailer which might give us hints from well-known movies, as well as show them different locations...

A feature film for Estonia’s 100th Birthday ‘Truth & Justice’ (directed by Tanel Toom), was produced by Allfilm and has been one of the biggest projects in Estonia’s film history. This is a historical film taking us back to the late 19th century Estonia.

This summer Allfilm had a great opportunity to provide production service to a big Hollywood production. The project, which was first of its kind in our region, taught our crew a lot but we definitely managed well! The result will be on cinemas in July 2020.

LBB> Where in the region would you say is your main competitor?

LBB> Can any locations in your region ‘double’ for other locations?

Allfilm> Since many places in Estonia, especially in Tallinn are reconstructed and rebuilt, it’s getting more usual that we have some influences from other locations around the world. In Tallinn, we have Telliskivi Creative City, which has a bit of a Berlin vibe with its urban atmosphere. We also have Rotermanni Quarter which within a few years has changed a bit and has gained a bit of an Amsterdam vibe from one side and a bit of London vibe on the other. The 'newest' Quarter in Tallinn, Noblessner, has also a bit of Amsterdam vibe which is even more supported by the location it’s situated next to – the sea. 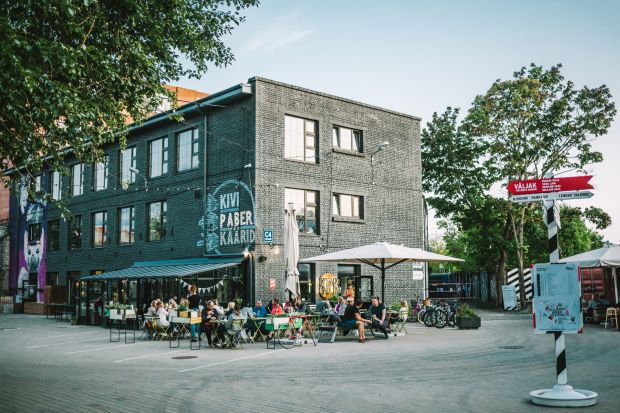 LBB> What are the most popular productions (i.e. automotive, fashion etc.) and why do you think this is?

Allfilm> The productions vary from each other, but I’d say automotive productions are quite popular, and this might be because automotive commercials want versatility which Estonia can offer. As mentioned before, Estonia has many variations in locations and an automotive commercial can use this to its advantage. Another popular production is music videos in nature. Yes, these two go together and that’s because Estonian nature has a lot to offer. We have forests, lakes, seaside, bogs and in the summer a beautiful long magic hour where all of nature plays very beautifully. In the winter, when there’s snow, our beautiful nature shows its other side and fluffy white coats on the trees in the forest just create the magic winter wonderland.

LBB> As an outsider, what would you say are the biggest Dos and Don’ts in the region?  For example: religious sites, language, attire to be worn, how to speak to the locals etc.

Allfilm> I’d say there aren’t any severe 'Don’ts' here. Since Estonia is not a very religious country, we do not have the kind of religious rules that maybe other, more religious countries may have.  Our official language here is Estonian but most of the population speaks more than one language, so it is quite easy to communicate with locals. Many people speak English quite fluently actually. A lot of Russian could be heard in Estonia and Finnish is familiar to Estonians as well.  So, I’d like to believe that it should not be difficult to feel at home here!

LBB> What would be your number one tip to any coming to the region to shoot a campaign/film?

Allfilm> Contact us in Allfilm and together we’ll provide you a great production service!

LBB> Where would you suggest a foreign production stay while they are in your region?

Allfilm> Hotels in Tallinn vary in style, so depending on what you’re looking for we could recommend really modern, Nordic, high end, historic hotels which are 4 and 5 stars with great interiors and beautiful views of the city. But mainly I recommend asking the production service provider some recommendations when planning to shoot and once here, enjoy the stay!

LBB> Where are the best restaurants/entertainment? Any hidden gems you could suggest?

Allfilm> With the restaurants it’s rather the same as different locations – we have very versatile selections of different world cuisine which means we do have some Estonian restaurants, but we also have Mediterranean, Thai, Japanese, Italian - you name it! So, thanks to that I sure hope, everyone who comes here finds their own favourite.

One hidden gem in that sense is Telliskivi Creative City, which is an old factory area that’s been renovated and actually still functions. This is an area that has a really urban vibe, has restaurants, clubs, bars and also on the side a market as well. In walking distance there is the train station and Tallinn Old Town – that’s another gem. It’s part of the UNESCO and so the history in it and the beautiful cobbled streets just gives you an experience you can enjoy throughout the year.

LBB> And finally, if you could only ever go to one place in the region where would you go?

Allfilm> I’d go out into nature. I prefer the forests and bogs. In such a busy and fast paced industry, it’s nice to have this calm environment with all its beauty and mystery around. The good thing about nature here in Estonia is that you do not have to go far from the capital city. It’s a 30 minute drive and you can be in a very deep forest.