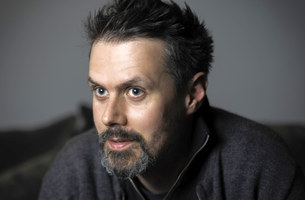 London post production company Nomad has today announced the appointment of seasoned editor James Norris. James also joins as a partner at the company.
A self-taught, natural editor, James started out running for the likes of Working Title, Partizan and Tomboy Films. He then moved to the Whitehouse as an assistant where – learning from the some of the best – he refined his craft and rose through the ranks to become an editor.
Over the last 15 years he’s worked across commercials, music videos, features and television. He edited IKEA’s ‘Fly Robot Fly’ campaign, Asda’s ‘Get Possessed’ piece, and has recently cut a new piece of work for Nike. Working within television and film, James also cut an episode of the Bafta-nominated drama ‘Our World War’ and feature film ‘We Are Monster’.
James says: “I was attracted to Nomad for their vision for the future and their dedication to the craft of editing. They have a wonderful history but are also so forward thinking and want to create new, exciting things. The New York and LA offices have seen incredible success over the last few years and now there’s Tokyo and London too. On top of this, Nomad feels like home already. They’re really lovely people – it really does feel like a family.”
Speaking of what he’s most excited for as a partner at Nomad, James adds: “We’re building something really creative and exciting that I had to be a part of. Where we edit but also grade, finish and do visual effects. We have focused teams dedicated to each department who are at the top of their games. It’s something new and unique for London, I couldn’t resist.”
Nomad London managing director Liv Lawton says: “James is a hugely talented editor who brings with him a wealth of experience. It’s clear to see from the work he’s created over the years just how skilled he is at his craft. He’s also an incredibly lovely guy which always helps. We’re really excited about what this means for the future of Nomad, not just in London, but globally.”