Conceptualised and developed by Energy BBDO, headliners of the virtual festival include Brittany Howard of Alabama Shakes, Cold War Kids and Nathaniel Rateliff

Jack Daniel’s is bringing artists straight to living rooms everywhere with 'Crash the Couch', a virtual music festival streaming 14th - 15th August at 8pm ET in support of musicians impacted by the Covid-19 pandemic.
Jack Daniel’s first ever virtual music festival 'Crash the Couch' will be presented free via YouTube and available to stream on mobile devices and computers. The two-day event aims to bring back much needed entertainment and help promote rising artists in lieu of live concerts and summer festivals. 'Crash the Couch' will raise donations for the Sweet Relief Covid-19 Musicians Fund, providing financial assistance to career musicians and music industry workers who have been unable to work amid pandemic-related restrictions.
The festival was conceptualised and developed by newly appointed Agency of Record, Energy BBDO, and follows their 'With Love, Jack' spot released in March 2020.
“During the global pandemic, the music stopped - both for fans and musicians themselves. But Jack is here to bring it back with ‘Crash the Couch’”, said Ed Carias, Jack Daniel’s US brand director. “Music has always been at the heart of Jack Daniel’s Tennessee Whiskey, and we are excited to support talented artists while celebrating the friendship and fun that make summer festivals so special.” 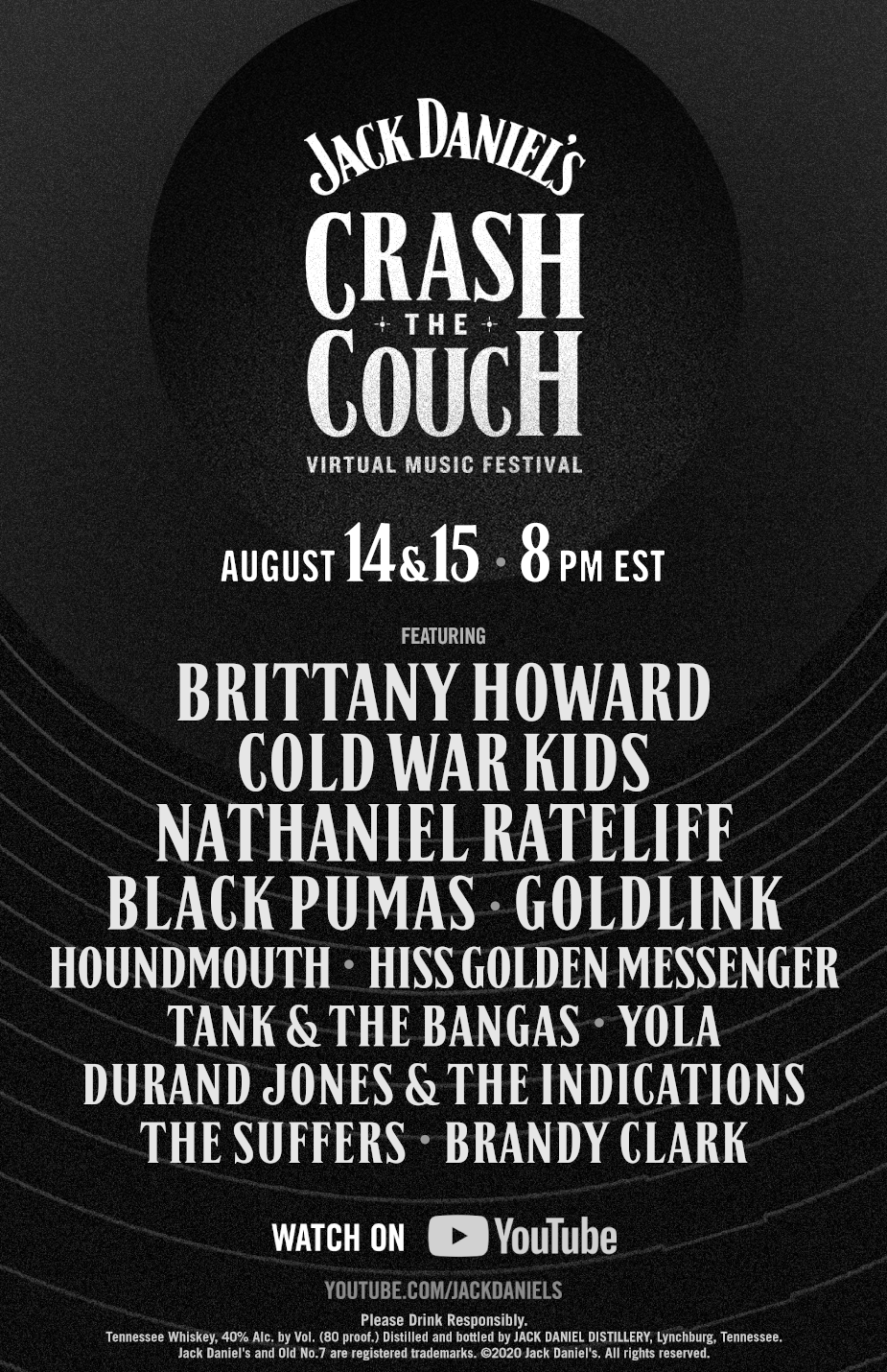 “We believe in the power of truly connected and innovative experiences that can drive deeper and more personal connections between brands and consumers,” said Alan Parker, Energy BBDO’s chief innovation officer. “We feel this festival will do just that, providing some much-needed relief for fans and support for artists.”
'Crash the Couch' will feature Jack Daniel’s cocktail demos, custom merchandise, and music across the two-day lineup, performed by a diverse range of popular and emerging artists including Black Pumas, Tank and the Bangas, Brandy Clark, Brittany Howard of Alabama Shakes, Cold War Kids, Nathaniel Rateliff and more. In addition to a close partnership with YouTube, C3, the company behind festivals such as Lollapalooza and Austin City Limits, was enlisted to help to help bring the festival to life.
For the full festival lineup and schedule, click here.