In a move designed to celebrate the unseen contributions of female coders, Girls Who Code is launching 'Missing Code', a digital campaign that illustrates how broken the internet would be, if not for the work done by women. The campaign was made possible by the generous support of Lyda Hill Philanthropies’ 'IF/THEN' initiative and created in partnership with a women-led team at independent agency, Mojo Supermarket.
In 2020, women made up just 26% of computing jobs. The new campaign is designed to highlight the contributions of women in tech and shift perceptions of what a programmer looks like, while also drawing attention to the gender gap. 'Missing Code' kicks off today for Computer Science Education Week, and will run throughout the week on Girls Who Code social media channels and website.
“There is still a perception out there that coding isn’t for girls, but that’s not true - we know that a huge part of the web was coded by women,” said Reshma Saujani, founder and CEO of Girls Who Code. “With this campaign, we’re hoping to inspire the next generation of women coders by showing them what the world would look like if they weren’t building it, designing it, coding it. Because without their contributions, the world as we know it, would fall apart.”
The campaign kicks off with a one-minute film, featuring a young woman navigating a broken, glitchy internet - realising what the world would be like if girls didn’t code. The film includes a cameo by singer-songwriter-actor-gamer mxmtoon. To bring its creative vision to life, Mojo Supermarket brought in award-winning director / writer, Sonejuhi Sinha, and her team from division7 that includes its animation partners, the shy kids, pioneers in screen-photography. Mojo chose Sonejuhi knowing she could plus-up the script and string together interesting animation and treatment.
“We needed something that grabs attention and changes the way people see this industry,” explained Mo Said, founder and chief creative officer of Mojo Supermarket. “Everyone thinks of coders as nerdy guys in loose fitting hoodies. We wanted to engage teens and actually change that perception. How do you show that the internet needs women coders? By showing just how much it would suck without them.” 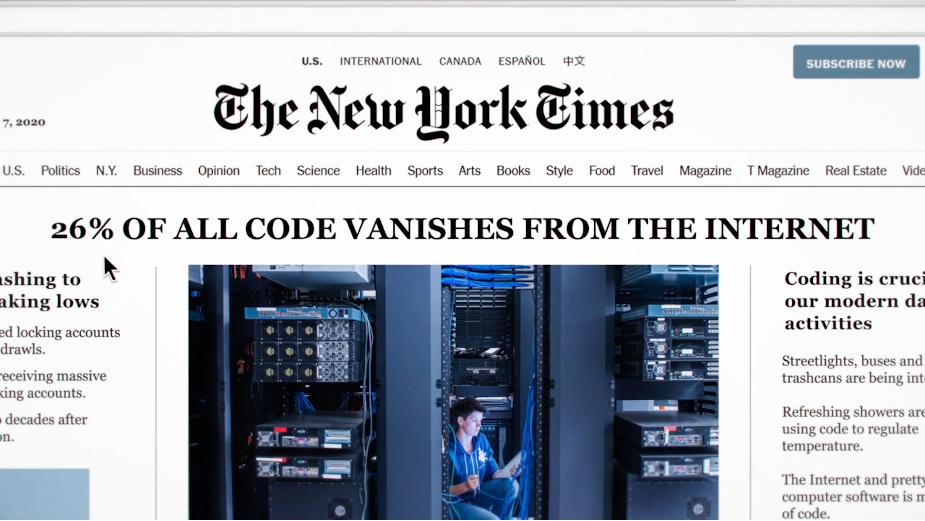 The 'Missing Code' campaign features an interactive portal where visitors can surf an alternate, dystopian internet missing the code written by women. The portal features mocked up homepages of top platforms - including Teen Vogue, Sephora, and Adidas - reprogrammed to show just how crucial women are to the field.
“The team at Mojo Supermarket came up with such a fantastic concept, our director, Sonejuhi Sinha, saw this come to life immediately in her mind. She saw it as a story about technology told in a distinctly modern and innovative way. Having worked with the shy kids on a number of projects, we knew they were really the only option to create this film with us, and they constantly surprised us with what they came up with,” said David Richards, co-managing director of division7.
“We are thrilled to support our partner Girls Who Code on the ‘Missing Code’ campaign which reinforces the important roles women have played in building the web,” said Nicole Small, CEO of Lyda Hill Philanthropies and co-founder of the IF/THEN initiative. “We know that ‘IF she can see it, THEN she can be it’ and hope this campaign will inspire more girls to follow in the footsteps of the brilliant women who came before them.”
Click here to view the portal. To follow updates about the campaign, follow Girls Who Code at @GirlsWhoCode on all social media.

More from The Marketing Standard

Claude the Hamster Scratches Some Joy into Christmas for Illinois Lottery