Refuge, the anti-domestic abuse charity, has teamed up with Cosmopolitan and Love Island alumnus Zara McDermott, to lobby the government to make it illegal to threaten to share explicit images of someone, backed with a campaign created by AMV BBDO.
Although it is illegal to share explicit images of someone without permission, at the moment there is no law against threatening to do so. Refuge says this is exploited by abusive partners, who use it to coerce their partners into acting against their will. 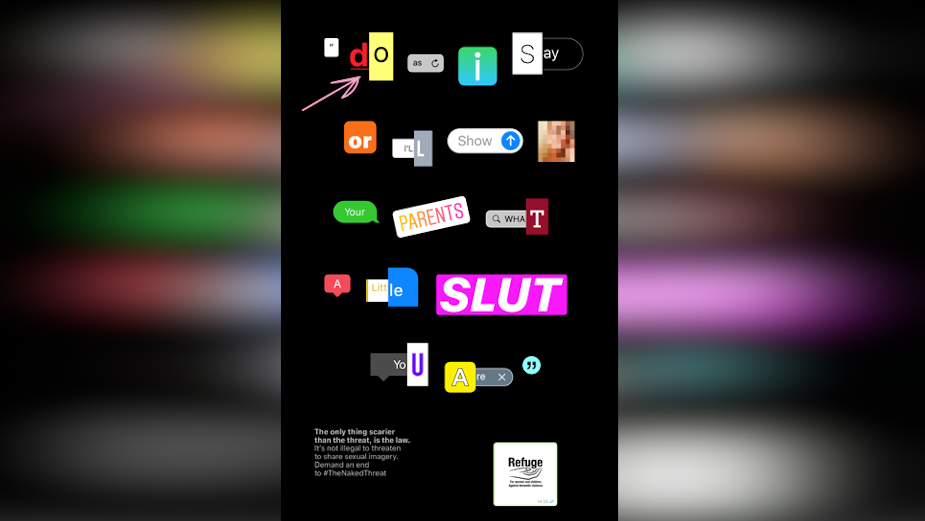 The creative for #TheNakedThreat draws parallels between messages saying explicit images will be made public and traditional ransom notes – which are illegal. AMV BBDO drew on real messages received by domestic abuse victims, particularly the testimonial of Natasha Saunders, whose ex-husband is now serving a 12-year jail sentence. 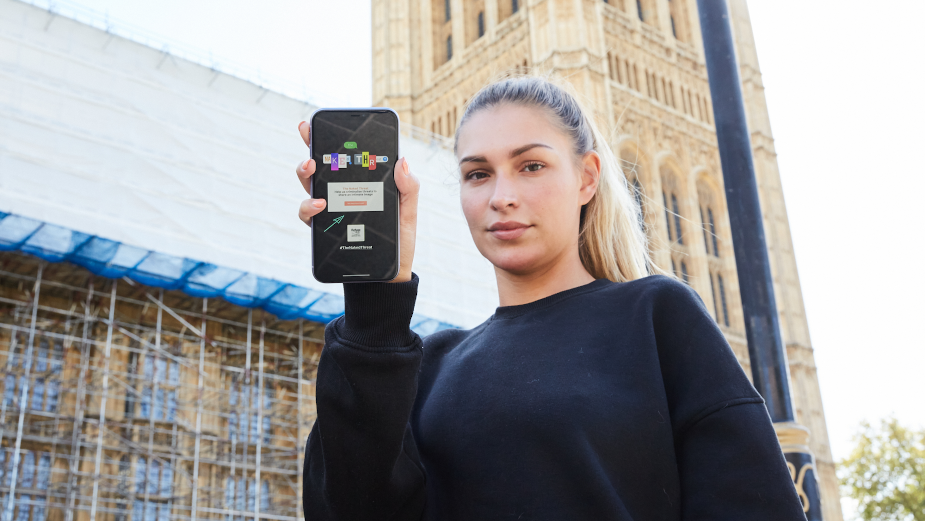 The creative runs initially as an innovative hack of Cosmopolitan’s Instagram stories, with audiences being called on to sign a letter addressed to ministers saying they support a change in the law. In addition, Zara McDermott, a victim of image-based abuse herself, is taking a mobile billboard featuring the chilling ransom note to the Houses of Parliament.
The campaign is AMV BBDO’s first work for Refuge. It sees creative team Jack Smedley and George Hackforth-Jones reunited with Lisa King, with whom they created the award winning 'Don’t Cover It Up' campaign, featuring makeup artist Lauren Luke.
Lisa King, director of communications and external relations at Refuge, said: “Our research shows that 83% of women who experienced these threats said it impacted their mental health and wellbeing, a statistic backed up by the experiences that women like Natasha and Zara have shared. AMV BBDO’s idea to draw comparisons with traditional ransom notes really brings home the idea that the law must change, and we’re calling on the government to act now and help protect women and girls from this form of ever-increasing pernicious abuse.” 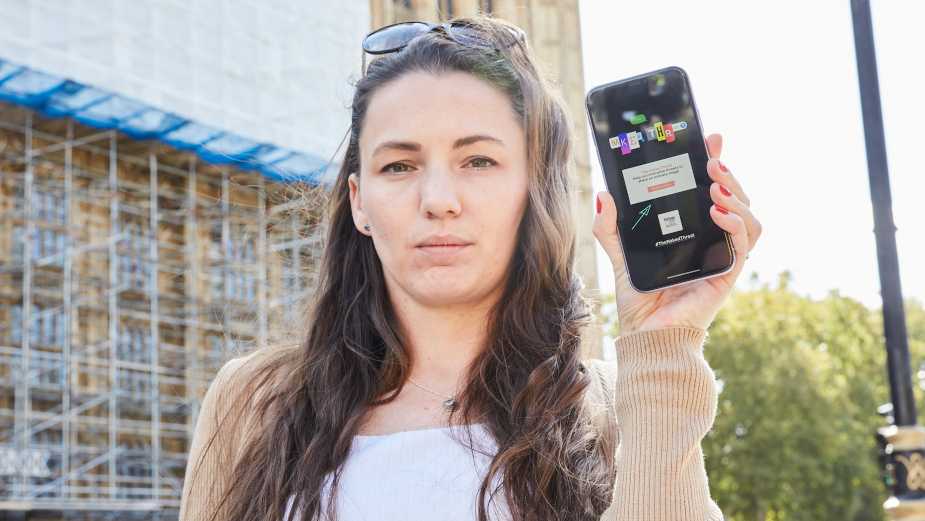 Jack Smedley and George Hackforth-Jones, creatives at AMV BBDO, added: “We hope that in sharing these stories through the lens of a modern-day ransom note we can convey the urgency of the issue in a context that’s both surprising and relevant. We’re proud of partnering with Refuge once again and feel privileged to be working on something that could make a tangible difference to the many women experiencing this every day in the UK.”

“It’s a Love Story, Not a Gross Fest”: Behind the Kitchen Towel Ad that Embraces the Mess of Christmas