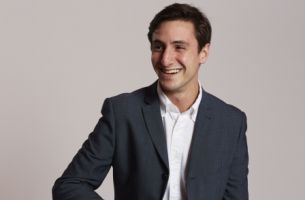 The most recent United States Census estimates the American population at more than 322 million. And America’s biggest annual TV event, the Super Bowl, sees just over a third of the country tune in. This audience is glued to screens in their living rooms and bars for more than five hours when you factor in the extended halftime show – practically every brand marketer’s wet dream. In fact, a large number of brands have either already released their Super Bowl spots (Skittles, Mountain Dew, Kia) or have teased what’s coming (Bud Light, Taco Bell, Butterfinger) not only to tee up this transfixed audience, but also as part of a larger, web- or social-based ecosystem with easily accessible and relevant content available whenever consumers want it. In this way, brands are betting the value of their Super Bowl spot is a part of their total marketing universe, but will play the most crucial role in creating buzz and conversation, generating leads, and ultimately, driving purchase consideration.

But what about the two thirds or nearly 200 million Americans that don’t plan to watch the Super Bowl? According to the Pew Research Center’s Internet Project, 74% of these Americans who are online use social media sites.[1] They want content tailored to their interests, and you can bet they want to talk about it.

In 2005, the team at Animal Planet wanted to do something as counter-programming to the Super Bowl. According to Wendy Douglas, who was instrumental in bringing the Puppy Bowl to life, “This idea came up: let’s get some puppies together, and play on football and the N.F.L., and run it for hours, like people watching the Yule log burn for hours.”[2] Not only has the Puppy Bowl struck gold with its audience, but mirroring the format of the Super Bowl has resonated with advertisers as well. Now in its 12th edition, 2016’s Puppy Bowl includes a Geico-sponsored Pre-game Show and branded arena, and Subaru choosing to air a series of spots with the tagline “Dog Tested. Dog Approved.”on the Animal Planet network as opposed to paying a premium to air on CBS. The Puppy Bowl phenomenon is now even bringing viewers “nose-to-nose with the gridiron canines” through a virtual reality tie-in available on Discovery VR iOS and Android apps, Samsung Milk VR and on Animal Planet’s YouTube page.[3] In addition to delighting its audience year after year, the Puppy Bowl has delivered on its mission to boost awareness of the plight of shelter dogs, with a 100% adoption rate of each puppy featured in the yearly show along with hundreds more around the country as a result of the ongoing Puppy Bowl series.

During last year’s Super Bowl, the top alternative program was the Puppy Bowl with 10.4 million unique viewers across its marathon coverage according to Variety, with a social reach of more than 17 million people, per Nielsen SocialGuide.[4]

We at Publicis want to know, what will this audience be tuning into on Super Sunday? And what will be shared online, on which platform? Be it the Puppy Bowl, Real Housewives reruns, marathons of The Walking Dead or even Key and Peele’s Squarespace-sponsored livestream Super Bowl commentary (without using players’ names or specifically mentioning the game at all due to trademark restrictions, of course), millions of viewers will inevitably seek out alternative entertainment. And using our proprietary social listening and tracking tools, we'll be answering the questions above along with seeing which brands won the day by not paying $5M to air during Super Bowl coverage.

Tune in next week to see what Americans REALLY watch (and how this is reflected on the social landscape) when they’re not watching the Super Bowl.