WAP: How Wonderfully Arty Pussies Are Challenging Stigma and Supporting the Vagina Museum

Nathalie Gordon, Amy Fasey, Jacob Hellström have been on a mission to put their creative skills to good use during the Covid-19 pandemic. Early on in lockdown, they created a bold outdoor campaign to encourage people to stay at home https://www.lbbonline.com/news/who-knew-it-would-be-so-hard-to-tell-people-to-sit-on-their-asses. Now they’re galvanising a fundraising effort for London’s Vagina Museum – the unique, taboo-busting institution lost out on government funding support during lockdown. As it geared up for its grand reopening on October 3rd, Nathalie, Amy and Jacob corralled 58 incredible artists for a silent auction – and an outdoor campaign that has certainly got a few people’s, err, knickers in a twist.
The auction has raised over £12,000 in bids so far – but it is open until Saturday. Get involved here.
LBB’s Laura Swinton caught up with the three creatives to find out more.

LBB> Why was the Vagina Museum a cause that you really wanted to get behind?

Amy> We knew the Vagina Museum was a cause we wanted to get behind because we felt that especially right now, it’s important to break taboos. It’s 2020, and yet there’s still so much stigma around vulvas. Considering over half the world has one - we really don’t have that much common knowledge about them. Most people don’t even know the difference between ‘vagina’ and ‘vulva’!
We all felt very strongly that women and people with vulvas deserve to feel both empowered and equipped with relevant knowledge about their bodies. Plus, there’s a penis museum in Iceland… We were ready to help fight to keep the vagina equivalent. 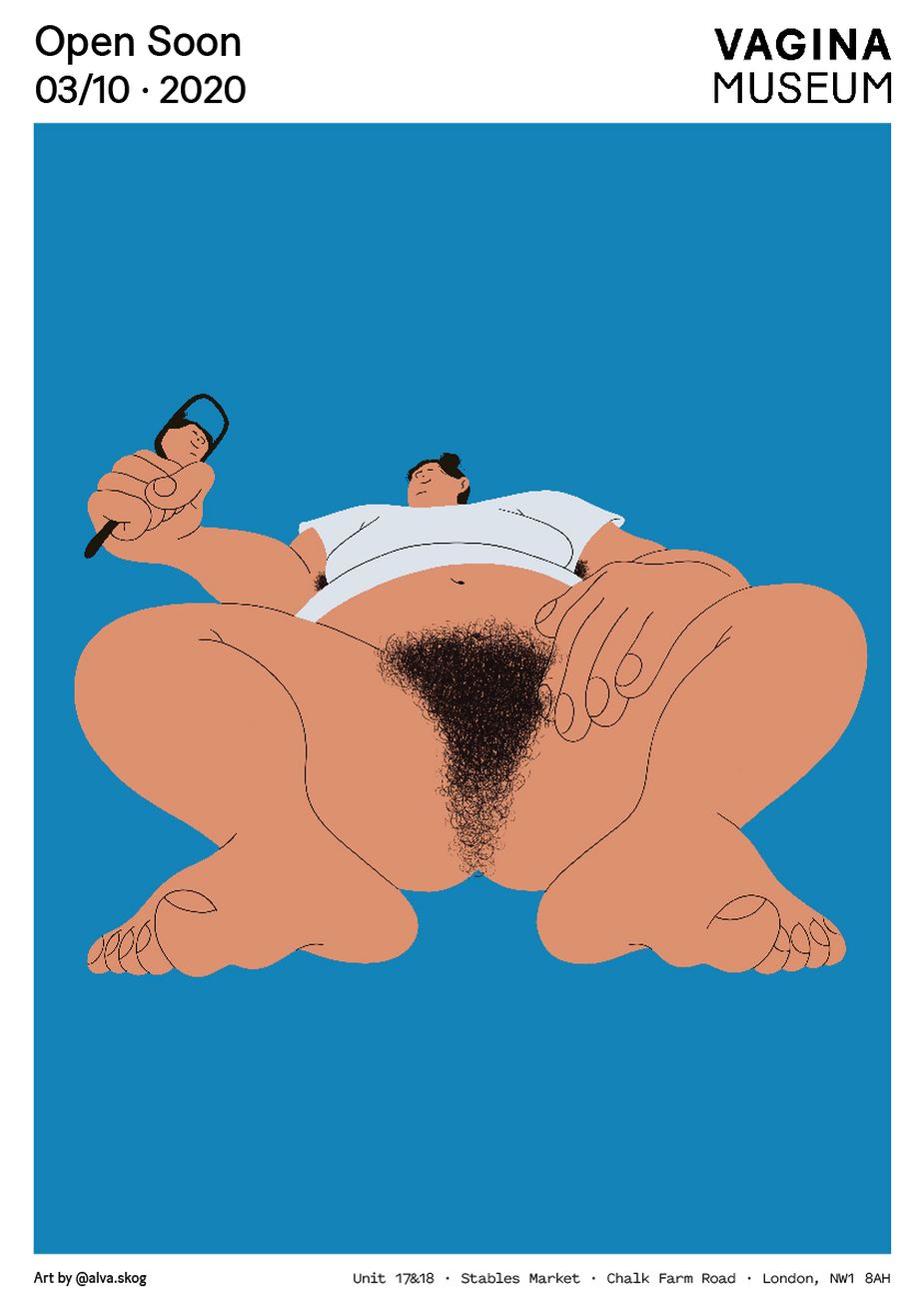 LBB> What were your initial conversations with the team at The Vagina Museum and how did you get to the idea of the auction?

Amy> The idea first came about in April. We’d read that a number of museums and educational spaces weren’t getting the funding and support they needed from the government, and the Vagina Museum was one of them. We all knew immediately we wanted to help in some way. We contacted the museum’s Director and Founder, Florence Schechter, and presented a number of ideas, the auction being one.
The idea developed and grew over various out of hours texts and emails and chats, and eventually got to the scale it is today. 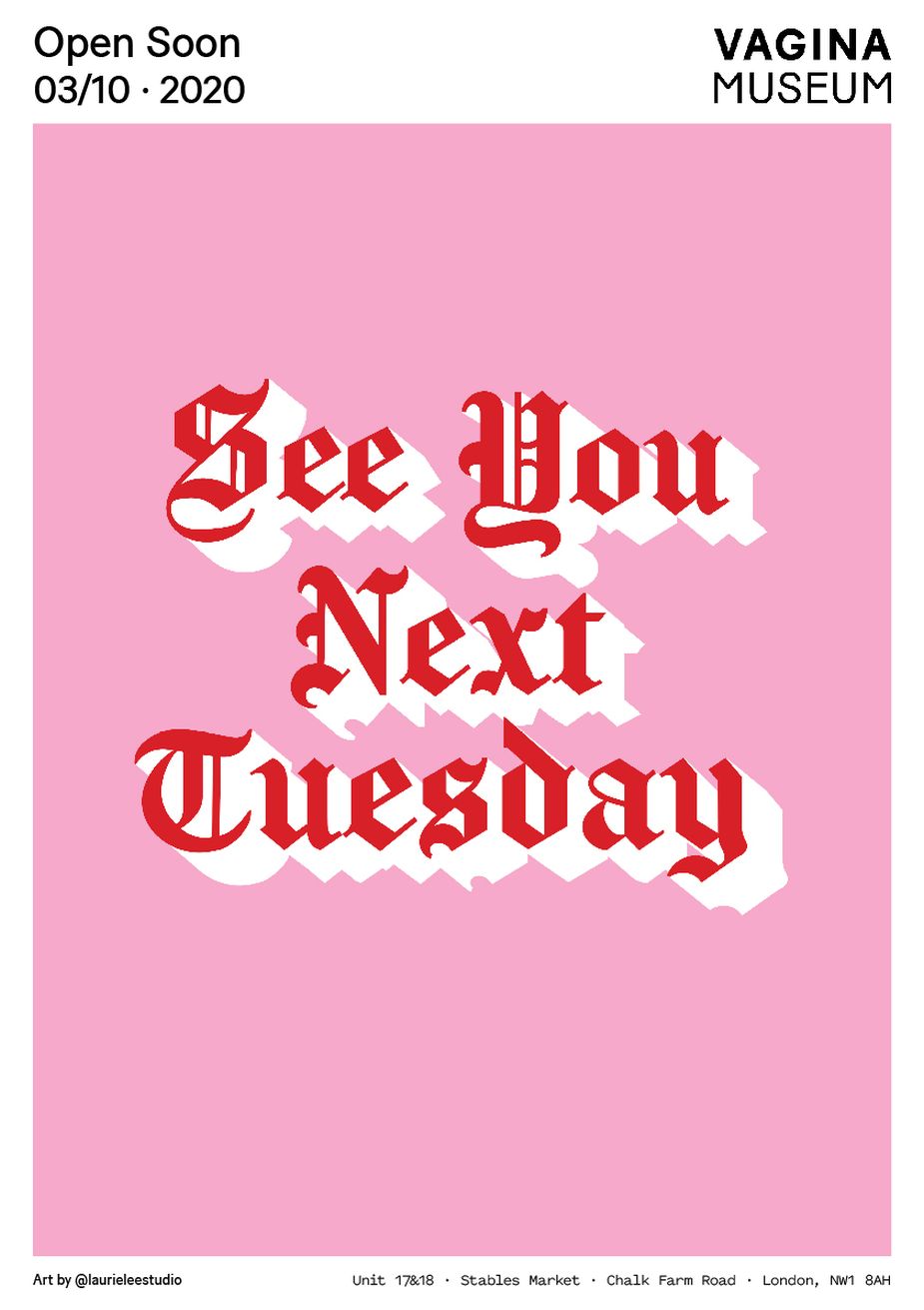 LBB> So what were the biggest challenges of bringing this project together?

Jacob> There’s been a lot of challenges that we had no idea of when we got into this project. “We’ll just make some posters to advertise everything - the opening and the auction” we naively said at the start, having no real clue on how you bring something like this to life.
As the project evolved we’ve had to wear a lot of different hats between the three of us. Not doing it with the resources and the expertise of an agency like we’re used to at work, proved a real challenge. We had to learn how to be project managers, coders and designers, about doing PR outreach and so on. We’ve learned an invaluable amount about pretty much everything during this project.
The scale of the whole thing was also a real challenge - we never could’ve predicted such an amazing response from so many artists, having 60+ artists donating art is incredible—but it brought with it a lot of challenges.
Managing contact with 60+ artists, making sure that who we worked with held the same values as the museum and were diverse in terms of sex, race and sexual orientation, creating posters for each of them in multiple formats for online and offline, adjusting artwork, making sure all the artists are happy (even just getting all their names and Instagram handles spelt correctly!), making sure that Flo at the Vagina Museum is happy, adjusting to company guidelines and on and on - all real challenges that took a lot of time, thinking, planning and effort.
Doing it all from separate homes and in our spare time didn’t exactly make things easier either but we made it. 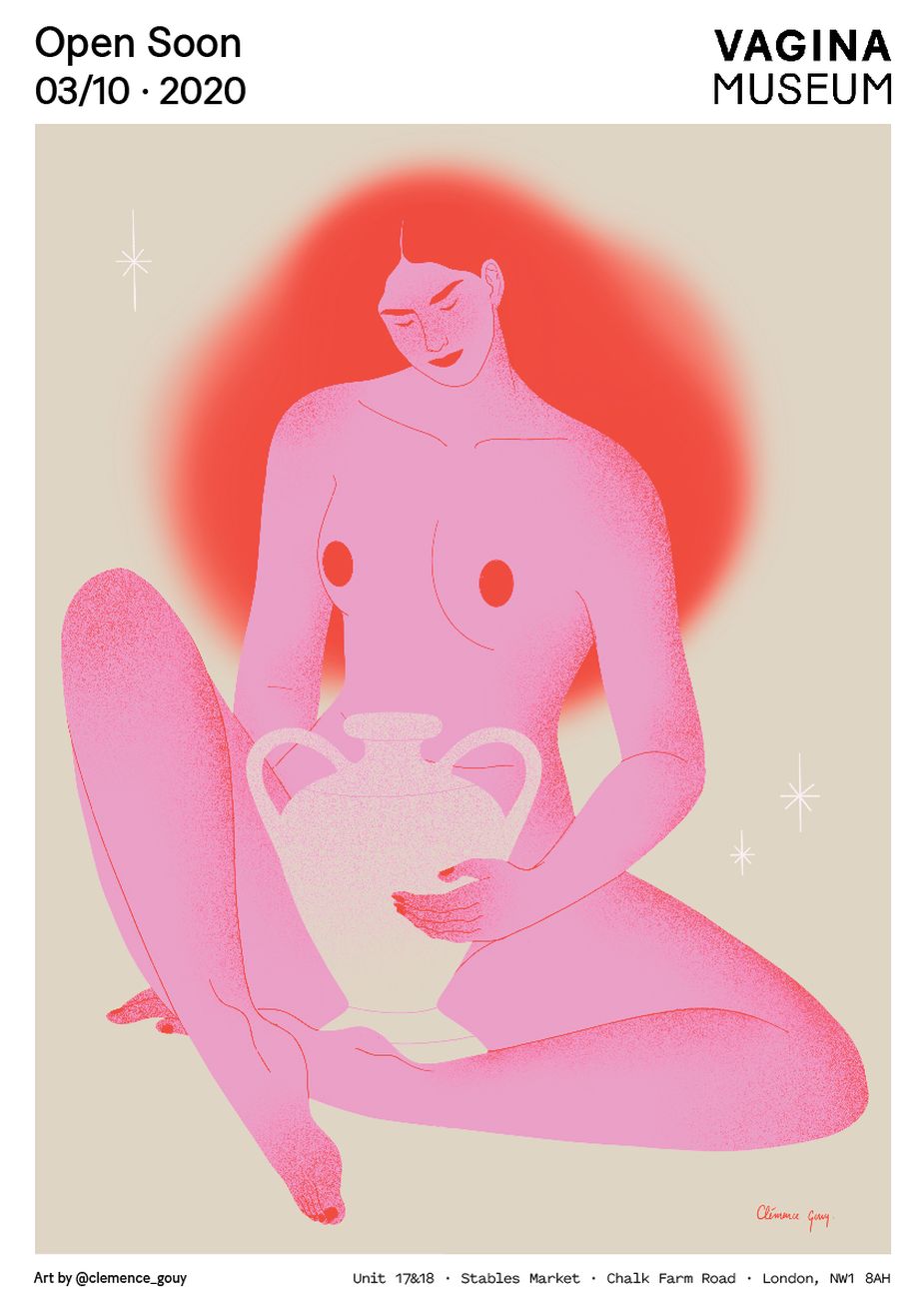 LBB> It's great that you've got outdoor space donated by companies that weren't afraid of hosting pics of vaginas - what sort of conversations did you have around that?

Nathalie> Isn’t it sad that as soon as we knew we wanted to get OOH space we knew we were going to have problems? In part because we knew all the media companies have been so generous to charities etc. with their media during Covid but more so because of the content. An artistic representation of a vagina is still a vagina.
I spoke to one media owner, who wants to remain nameless, [who said] that they couldn’t help us and I needed to speak to ‘women’ on the matter. I was lucky he even answered. I was gifted contact after contact from people who wanted to help but the majority of emails went unanswered.
I spoke to the MD of another media company, who said she’d ask some people she knew on our behalf. She said almost immediately after I explained what would go on the OOH space, ‘The biggest issue is the topic - middle aged men don’t exactly love talking about vaginas at work’.
That said, LondonLites said yes straight away and haven’t so much as blinked an eyelid and Jack Agency have been the same. They’ve been simply brilliant and incredibly generous and supportive.

LBB> It's interesting between this and the work of campaigns like Viva La Vulva, there's a really interesting push to break taboos around female genitalia and women's health, and advertising is playing a big role in that - I'm curious what your thoughts are about this?

Nathalie> And isn’t it bloody time. It’s 2020. I find it insane that there are people we all know, who cannot actually say the word ‘vagina’ out loud - people who have to whisper it like it’s going to bite them. People who can’t ask for a tampon from a friend at work without texting under the table. People who change the subject when sex comes up. Or who feel uncomfortable talking about homosexuality or trans people.
There’s too much stigma attached to the unknown but the more it’s normalised the more accepting we become of not only others but also ourselves. Hiding these things from everyday life and conversations, contributes to the idea that these are things to be shameful of. There was a YouGov survey that said 50% of young women surveyed couldn’t accurately label a vagina on a diagram.
Whatever we do, wherever we do it - whether advertising, museums, films, music (WAP anyone?) - we need to keep talking about vaginas and vulvas and the fact that it’s not just women who have them. The more we do, the better it is, for everyone.

Deck the Lols: The Festive Campaigns Giving Us a Fa-la-la-la-laugh