Adelphoi Music's Jonathan Watts returns, taking us on another eclectic journey of old, new, overlooked and lesser known tracks that have musical roots in Africa 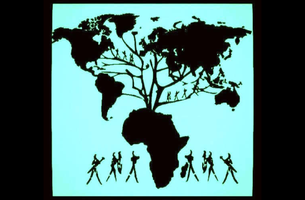 This playlist has been curated to showcase songs that are equally alluring as challenging, that have slipped under the radar of mass appeal, but still have had an indirect impact on modern music. It’s a melting pot of hip hop, jazz, cumbia, rock, psychedelic, funk, house, folk, bossa and highlife stretching the corners of the globe from Algeria to Colombia.

Opening the playlist and finding the balance by not going too obscure is Brenton Wood's 1967 ‘The Oogum Boogum Song’ which despite charting 34 in the US and top 9 in the Canadian RnB charts, and recently being featuring in the soundtrack of the film ‘Devil's Due’, still remains relatively on the periphery, globally.

From Motown-influenced Northern Soul Philly Queen Dee Dee Sharp comes one of her finest; 'I Really Love You’ is brimming with a smooth, shimmering soulful sound. She didn't get the same kind of recognition that her Motown and Stax contemporaries did, with this single only reaching 78 in the US singles chart.

Going deeper into obscurity is 'Nantucket Island' lifted from Willie Wright's 1977 'Telling The Truth’ LP. An obscure soul singer with a listenable assimilation of soul, pop, rock, and folk. His refusal to cleave to one particular genre may have perhaps hindered Wright's commercial prospects throughout his career.

Moving forward into 2019 is an artist to watch out for, Bakar. Bakar’s soulful and vintage-sounding ‘Hell N Back’ has a sense of modernity with his vocal delivery.

Gliding into the next piece is a track from South London artist Ego Ella May who recently released her debut LP, ‘So Far’, on Tru Thoughts. It blends neo-soul, contemporary jazz compositions with sultry soul vocals, intertwined with Hip Hop beats and electronic production.

Highlighting the track ‘Kombisse’ by Bozambo which features on ‘The Original Sound of Burkina Faso’ compilation on Mr Bongo. The collection features songs that pay tribute to a truly golden age of music; touching on folk, funk, blues, Highlife, disco, psyche, Latin, rock and soul. Burkina Faso may be one of the least well-known parts of West Africa but it has a deep history and musical pedigree. A few years before President Thomas Sankara changed his country’s name from Upper Volta to its current one, a new sound emerged to soundtrack a cultural revolution.

Karim Ziad is an Algerian jazz drummer, percussionist, who also sings, plays guitar and gimbri (a three-stringed plucked lute originating in West Africa, but now traditional in Moroccan and Algerian music). The chanting on his track Sandiya sets things up nicely for a track ‘Alethia’ by newcomer O’Flynn who has just released his self-titled debut LP on Ninja Tune.

These are just some of the highlights in a musical journey that spans across continents, generations and genres…

Udi Ehrlich: This is so much more than a playlist! Music is a universal thing with no boundaries. Too much beauty here to hear.