People’s Choice: Why Big Ideas and Production Savvy are Key to Brand-funded Films and TV People Want to Watch

The world of production is changing. Not just in the small, fast, micro-tweaks and adjustments that happen every day as resourceful producers respond to clients’ needs on the fly – but in sweeping macro changes. As eyeballs continue to drift away from ad-supported platforms, brands need to get serious about making stuff that’s genuinely entertaining. In some cases, so entertaining that people will actually pay to see it. And that’s creating all sorts of tsunami-sized waves across media and production.
At Interpublic’s new Mediabrands Content Studio, those changes can be identified in its new, partnership deal with Vice Media Group, which will see VMG make all of its global content production capabilities and teams available to Mediabrand’s agencies worldwide. For Brendan Gaul, Mediabrands’ global chief content officer, the deal reflects the growth of media-owners making their production and editorial talent available for brands and agencies. What makes this partnership somewhat unique is that it decouples that production expertise from media.
“That is the industry-first differentiator on this deal – and we go back to the macro trends. Media owners are expanding their production and creative studios, but the way in is always through a media buy,” explains Brendan. “What we’ve done is unbundled the creative and production capability from the media. It’s incredibly beneficial because it gives us a network that we can call on that produces work for our clients, that is consistently at a high quality, that we can use in any media.  It’s a relationship business, built on people coming together, creating great work together that then builds on itself.”
For Mediabrands, the production focus goes beyond traditional commercial production. Their practice is split over original content  – developing original film and TV ideas (often useful for when media can’t be bought), branded content (partnerships with media owners, prod cos, celebrities and talent), performance content (around search, social and addressable content) and advertising campaign content.
With brands like Pulse Films and Refinery29 under its umbrella, Brendan is confident that the partnership will open up opportunities for all of Mediabrands’ clients – and Vice’s reach over 44 markets also means that this relationship will have network-wide impact.
What Brendan isn’t interested in is pumping out terabytes of bland, samey work. He worries that at some groups, the drive to refine production processes and maximise efficiency has come at the expense of idea – and on the importance of a good idea, he says Mediabrands and VMG are well-aligned. “There’s capability and there’s quality of execution, and you can get both of those things right, but if you don’t have the idea then that is the pitfall that many people are making. They’re building capabilities but it’s a bit of a sausage factory, you’re just turning out the same stuff. You need an idea behind it,” he says.
Perhaps the greatest demonstration of Brendan’s commitment to quality – which he shares with his and his chief creative officer Brett Heneberg – is the success the team has had with developing original movie and TV content for brands. Creating something that distributors, broadcasters or streaming will actually be willing to buy or – more to the point – the public could potentially pay to see starts by setting the bar high. 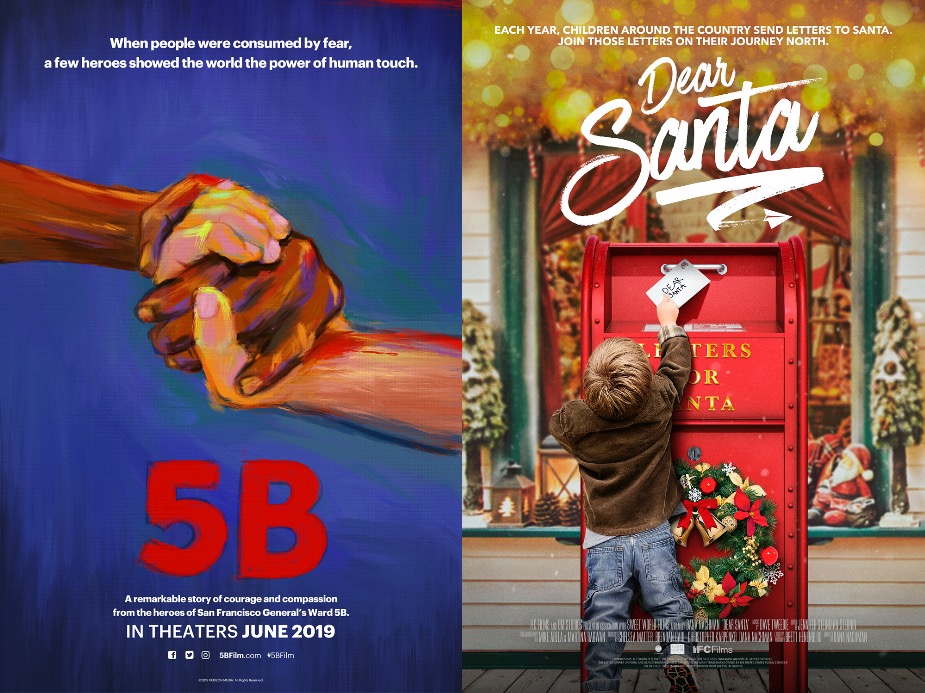 Two recent projects that Brendan is particularly proud of are feature films Dear Santa (a film made for the United States Postal Service that explores their 100-year-old Operation Santa scheme that helps children send a festive letter to the jolly man up North), and 5B, a documentary about nurses who opened the first AIDS ward in the world and changed the way patients with the disease were cared for in the 1980s. 5B was directed by celebrated filmmakers Dan Krauss and Paul Haggis. Both movies have been acquired – 5B by Riot Films, a division of Verizon, and Dear Santa by IFC Films. “You have to pass the editorial and programming thresholds. It’s not like your media dollars are going to force people to put something on their platform,” says Brendan.
But it’s the response from the public that makes these projects particularly satisfying. Dear Santa is keeping Paddington 2 company near the top of Rotten Tomatoes, with a score of 95% Fresh. It also recently won eight Telly awards, including the People’s Telly, which is voted for by viewers.
The film's raison d’etre, though, is deeply strategic. For USPS, they wanted to get the message across to families that they could send presents via the mail and the Mediabrands team identified the holiday season as a time when family co-watching went up. 5B was created for Johnson & Johnson’s nursing campaign – research found that in the public’s perception of nurses, metrics around seeing them as skilled or innovative were low, largely because of media portrayal. So, the agency made a conscious decision to tell a real story about nurses at their most ground-breaking and heroic.
Such projects, though, can prove challenging for clients to push through, particularly from a financial perspective. Not that these are necessarily huge budgets or that they are loss-making – in many cases the distribution allows brands to recoup some or all of the cost, or even make a profit. What’s more, find a really good story to tell and you can earn millions in earned media – Dear Santa launched its trailer exclusively on Entertainment Weekly and was picked up by the likes of Good Morning America and the Drew Barrymore Show. But as anyone in Hollywood will tell you, making movies is a long game, and from ideation to production to the festival circuit and distribution can be a multi-year cycle. When clients are hung up on quarterly results, the longer term financial and brand benefits can be overlooked.
As producers and creatives, kinds of projects straddle the world of brands and the world of entertainment, drawing on quite different skill sets. “It’s a tough question because there are so many layers to it,” says Brendan. “The thing that’s interesting about both to myself and Brett is that we went to film school and landed in advertising. There’s a nuanced approach to creating that kind of work. It’s not traditional work for hire. There’s nothing transactional about the relationship with the production company and director and they’re incentivised to do their best work because you’re financing a piece of content that’s meant to be sold, and they’re putting their name on it. There are directors that will work on commercials, they don’t believe in it, and no one knows they made it. They’re just taking the cheque. Whereas these are long-term relationships with films that are going to go to film festivals and then the first window release and second window release. 5B premiered in 2018 and I already know about a screening we’re doing in 2022.”
However, this sort of original content as well as longer form branded content are more common in some markets than others. As a global enterprise, Mediabrands Content Studio has strong leaders in markets like Japan, China, India and Malaysia who can bring their own expertise to the fore.
In the longer term, as ad-free streaming services grow in popularity marketers may find that their hand is somewhat forced. “There is a conversation to be had at the media agency level, because we own those media owner relationships for the clients, right? And as eyeballs are moving to non-ad supported platforms, we’ve been successful and looking at the media budget and saying, if you want to be on these platforms that don’t take commercials, let’s reinvest some of those dollars into funding films that can potentially land on those platforms. I do think that conversations in the marketplace are changing and people are open…. But at the end of the day, it has to be great content.”

How the past 18 Months Has Tested the Values of Pharma

Celebrating a Jolt to the System with Google's Claudia Cristovao