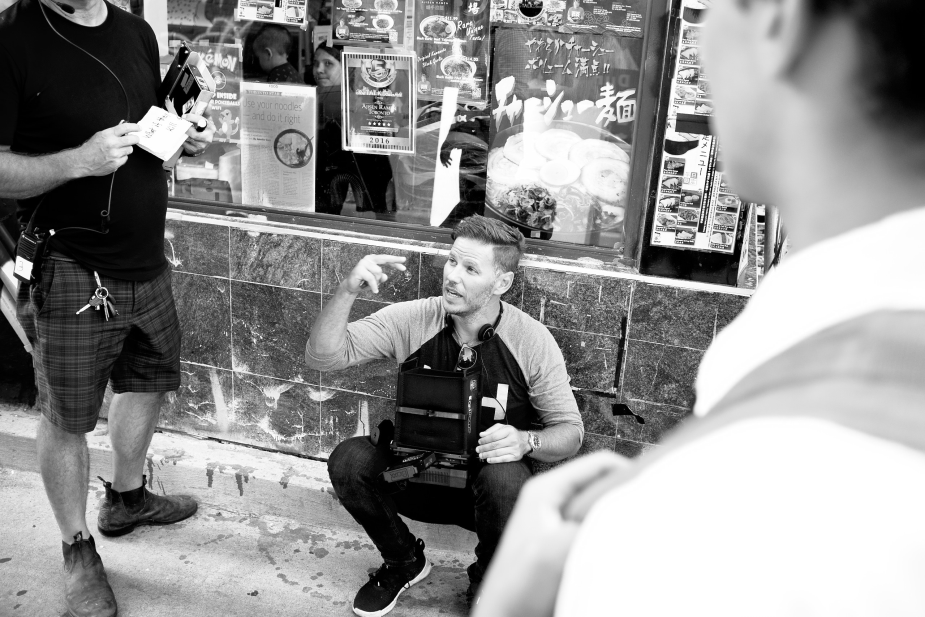 Kevin
Q> How did you start out as a director?
Kevin> Sports and an internship at NBC. There, I was exposed to the world of sports broadcasting as a producer, then over time, directing short and long-form documentaries. It was an Emmy nomination for one of my shorts that introduced me to the world of commercials and here we are.
Q> What led you to Rakish?
Kevin> Intimacy and trust. I had previously known and worked with the EPs, Brad and Preston, for years. When they opened Rakish, I knew it's where I wanted to be.
Q> How have you been keeping busy in isolation?
Kevin> Like all the parents out there, just trying to survive homeschooling! I have a 10- and seven-year old and with my wife hosting her show ET Canada from home, I'm running the house in the mornings. (Side note – teachers should be paid more.) In the afternoons, I've been working on a short film I shot with Tiger Woods last February. The creative process to me is incredibly personal and collaborative, especially so on a 10-minute film, so working remotely has been a unique, time-consuming experience.
Q> Are there any projects on the horizon that you're excited to work on now that the industry might slowly be starting up again?
Kevin> I shot a couple of big campaigns last year that were shelved due to Covid-19, which I've got my fingers crossed will see the light of day. The one I'm really stoked about finishing and getting out there is the global campaign we shot for the 2020 Tokyo Olympics. Five months on the road, incredible locations, shooting the best athletes in the world, co-directing with my friend Mark Zibert - it was an absolute dream job.
Q> Is there anything about the ad industry that you hope to see change moving forward?
Kevin> I'd love to see more bold, unapologetic stories, in the vein of Not A Gun or a film I directed for UNICEF called ‘First Day Fears’.  People-driven, human-interest stories that point viewers in the direction of humanity-first.

‘got milk?’ Behind the Music of an Iconic Campaign Revamped