Mexico has got some of the most beautiful coastline in the world. The drama of the Pacific in the west and the luscious Caribbean to the east, there’s so much to choose from when it comes to sensational seaside scenes. Then there’s the history and pyramids left behind by the Mayan people. Its capital, Mexico City, is a sprawling, cosmopolitan metropolis, which can double up as a whole host of other countries – and if you venture out you can find countless unique little ‘magic towns’.
Home Films’ Ari Garza takes us on a tour across the country…

LBB> How would you pitch Mexico and the surrounding regions to any production companies looking to shoot in your area? What are the main qualities of your region?
Ari> Mexico has so many good qualities. Firstly, it’s so near the US and Canada - and it’s only a ten hour flight from Europe. Because of the strategic geography of Mexico we have all the latest equipment and professional bilingual crew, whose services are available all the time.
Another factor that’s crucial is that, when shooting in Mexico, you save around 25% because the exchange rate is always in favour of the USD or Euro.
And most important are the locations and casting. A few months ago, we shot a global campaign for Western Union. With casting and locations we were able to replicate Jamaica, New York, Croatia, India, Philippines, UK and many other countries. They were all made to look right for a global campaign, and they were all shot in Mexico.
LBB> What would you say are the top locations in your region? What is available - from mountains, to beaches, to rocky shore, to architecture, etc. Include plants and wildlife and demographics.
Ari> In Mexico you can find fabulous architecture that can look as old Europe, as well as modern and futuristic cities. We have the best beaches, the Pacific, the Atlantic, the Sea of Cortez, and of course the Caribbean. Then there are the  volcanoes, forests, waterfalls, jungles, deserts... We can go on and on with the majestic beauty of this country. 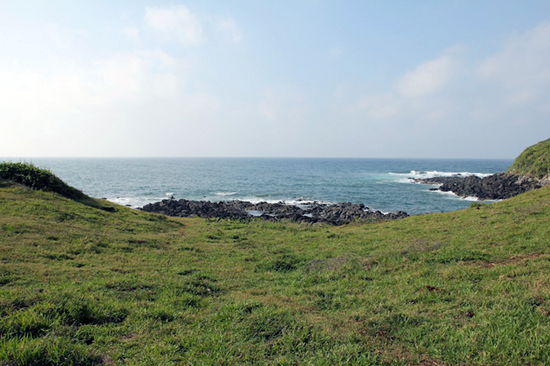 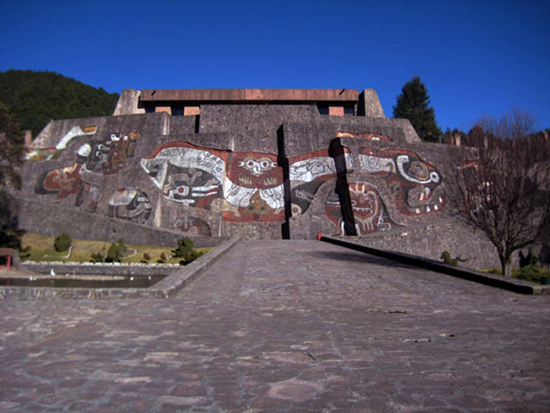 LBB> What specific location would you say is most popular? Why?
Ari> Our clients love to shoot in the Caribbean, especially Tulum and Mexico City. At Home Films we have great partnerships all over the country and Tulum is no exception. Tulum is very popular because the most beautiful beaches are near and Cancun international airport has direct flights from the US and Europe. You are surrounded by lagoons, cenotes, pyramids, amazing food, rainforests and unique places to have a great shoot.
Mexico City has 25 million people. It’s a city with unique architecture, modern, old, US suburban looks, European looks and great sound stages to build any structure. Another example that we shot is a campaign for Toyota. After shooting for four days in coffee plantations in the jungles of Veracruz, we had to shoot many different location-looks in just two days. There’s a stage in Mexico City that has an office, five kitchens, living rooms, bathrooms, and even a plane - all available to shoot in under one roof. 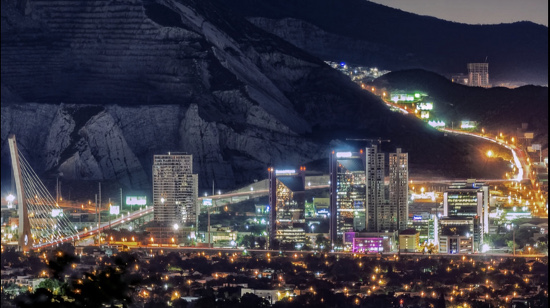 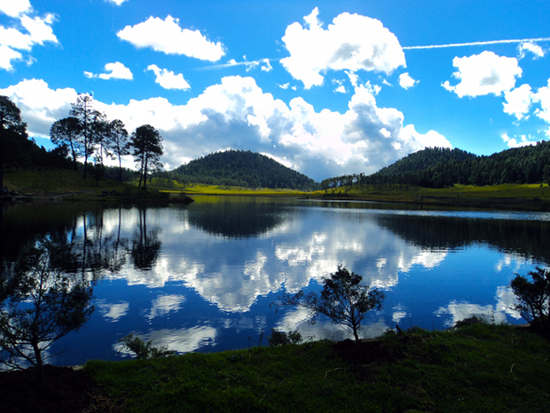 LBB> What’s the climate like and what are the best times of year to shoot in Mexico?
Ari> Mexico is an all-year-round place. There’s a rainy season during August and September but it mainly rains at the end of the day. The rest of the year is always warm with beautiful light - I think that during fall and winter you have the best natural light to shoot.
On the beaches, especially the on Pacific coast and the Sea of Cortez, there are more than 300 days of sun. When it rains on the Caribbean coast, it’s only in short periods and then the sun will be back out again, plus it’s only during the rainy season. So, on the whole, you can shoot everywhere in Mexico most days of the year. 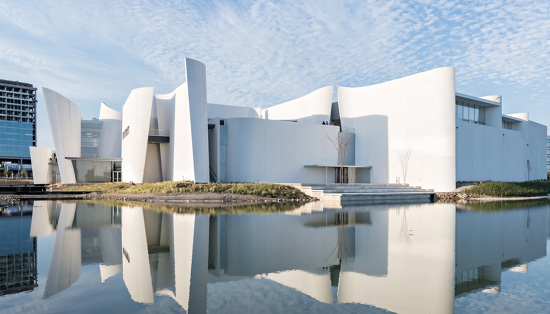 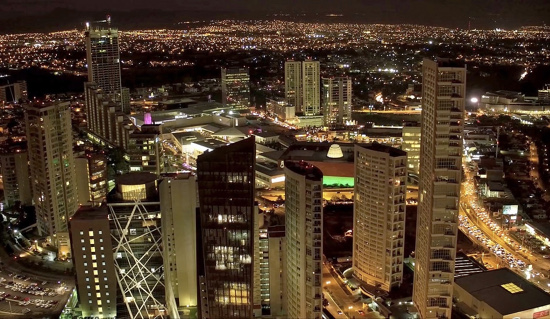 LBB> Are there any locations that you think are underrated or underused in Mexico?
Ari> Yes, I think the other cities in Mexico, like Guadalajara, Monterey, Puebla and Queretaro, are great, underrated places to shoot. They’ve been growing fast as many industries, such as automotive, are there and it’s getting very modern and global.
Also the Pacific beaches in Guerrero, Oaxaca and Nayarit are great but underrated beaches to shoot on. There are also small unique towns in Mexico that we call ‘magic towns’ because of the looks and unique charm they have. These underused cities and locations are unique places that haven’t been seen much before and will give your production a unique look. 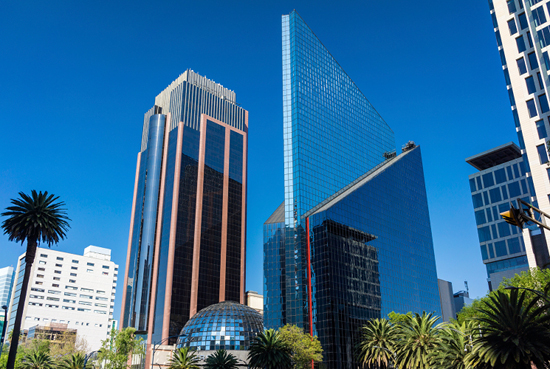 LBB> Where in the region would you say is Mexico’s main competitor?
Ari> I don’t think we have a specific competitor in the region because Mexico is unique for foreign productions. Our competitors are the countries with locations that we don’t have, like snow regions in the US and Canada or in the south in Argentina or Chile. 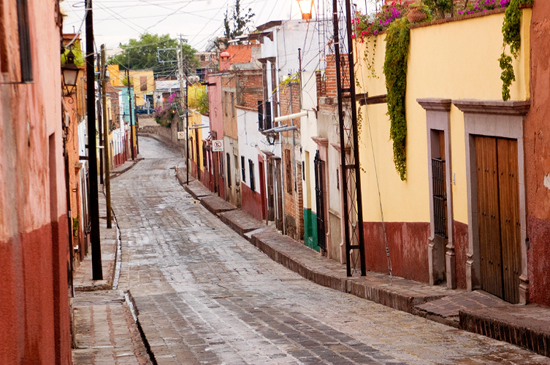 LBB> As an outsider, what would you say are the biggest Dos and Don’ts in the region?
Ari> A ‘do’ that I suggest on special occasions is to shoot with a Mexican DP - we have a superb pool of DPs in Mexico. We can recommend a Mexican DP - they save money on travel days since you’re using local people.
Another ‘do’ is to have confidence in our work and the fact that it’s safe to shoot in most of Mexico - don’t pay attention to the wrong info.
The don’ts - when shooting in Mexico you need to know where to shoot and how to respect the people in small towns or even the cities. The foreign crew needs to blend into this organisation and not go to places that are not safe enough.
Most of the people of Mexico are very polite and more than happy to contribute and help in any situation. For example: religious sites, language, attire to be worn, how to speak to the locals, etc. 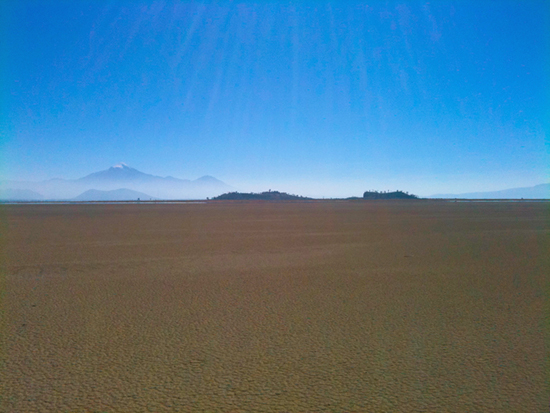 LBB> What would be your number one tip to anyone coming to the Mexico to shoot a campaign/film?
Ari> The number one tip is to enjoy the stay and flow with confidence that we have top notch crews that are able to understand the needs of any project. Here at Home Films we always try to get the best people and we always find a way to solve any situation that presents itself, the Mexican crews are hard working people that are used to big and small services for films, series, ad campaigns, etc. Every day in Mexico there are at least 50 shoots going on all over the country, it’s a billion dollar industry that generates a lot of work and is very respected. 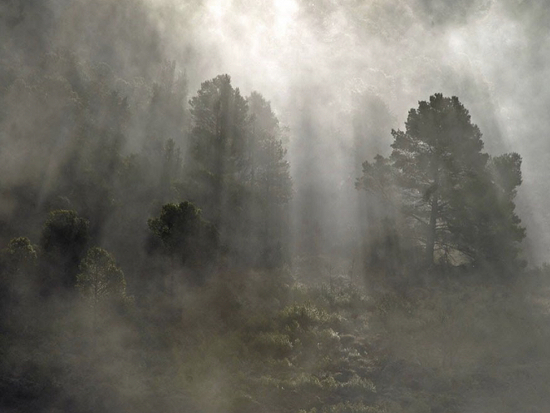 LBB> Where would you suggest a foreign production stay while they are in your region?
Ari> When we have production services at Home Films, we can offer luxurious hotels such as as Four Seasons, St. Regis and the W hotel. Also boutique hotels in trendy neighbourhoods where you can walk around parks, boutiques and amazing restaurants of any kind of food.
The clients are always amazed on the quality of service that they get, drivers to move them around, PAs that are always attentive on the details. We have some of the best restaurants in the world, for example Pujol and Quintonil.
Home Films is in the trendiest Roma neighbourhood, in a beautiful old house surrounded by trees, galleries, restaurants, and trendy retail stores full of life. Instead of doing their PPM or work in their hotels, our clients can work in our offices and they will have great internet, a waiter to get them coffee, snacks or whatever they may need to be comfortable as they prep a production.
If we shoot outside the big cities there are plenty of great places to stay and great restaurants.
Just to name a few, San Miguel de Allende, Cancun, Vallarta, Tulum, Ixtapa, Cuernavaca, etc. are famous locations for shoots with top notch services for our industry. 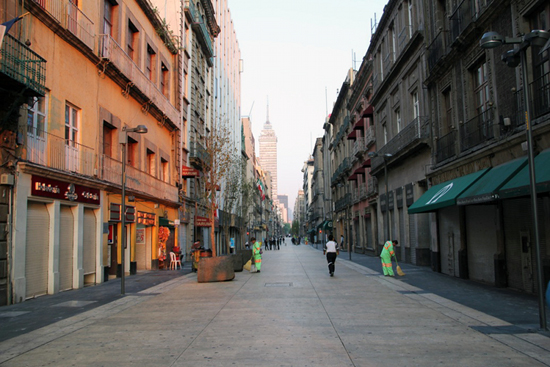 LBB> And finally, if you could only ever go to one place in the Mexico where would you go?
Ari> I love the Caribbean part of Mexico. The famous Riviera Maya is a magical place, the beauty of the nature and the whole area, the food, the Mayan people, the resorts and the beaches are beautiful and exotic.
In Tulum you can be in a hippie chic mood, in a modern vibe in a resort, in an adventurous mood diving in the turquoise waters, or swimming in Cenotes, or walking amongst pyramids like Chichen Itza in the middle of the jungle. There are natural water parks, crowded and alive beaches like Playa del Carmen and secluded beaches far away from the big resorts. There’s great shopping and restaurants and the warmth of the Mexican people who are always smiling and attentive.
To finish, I just want to mention that at Home Films Mexico we make you feel at home and welcome.