When I first began my career in production, I had zero interest in cars. I would have never even considered the idea that cars would get my pulse racing. Now, thirteen years later and I’ve fallen in love with producing car commercials and the unparalleled on-set atmosphere as we bring huge ideas to life.
Over time, I’ve also developed a curious fascination for other vehicles, especially vintage British motorcycles and the complex engineering and technology you come across when repairing them. But never fear, I won’t be swapping film production for boiler suits anytime soon!
In fact, I believe that the world of car shoots has much to teach us about film production and how to meet the unique demands and challenges of this work. From keeping up with trends to trusting your gut, I’ve compiled three things that I think are important to know when shooting cars:
1. Experience is your most valuable asset in an ever-changing industry
The aesthetics of car ads have changed vastly over the past decade. Aside from the technological advances and changes in consumer preferences, the visuals are markedly different to the ads of the late 1990s and early 2000s.
Now, the visual references we receive from agency creatives are considerably more emotion-led, with noticeably less screen time devoted to the actual vehicle itself. Many also stipulate that we steer clear of over-produced shots, asking instead to depict the product in much more natural and subtle ways. This shift is something I suspect stems from brands seeking to grow consumer trust through authentic connections - a global industry phenomenon.
As a producer, it is my task to keep on top of these shifting plates, making sure that we can provide logistical solutions in an evolving industry. Producing work that aligns with the trends but also sets itself apart is achieved through a deep understanding of what is necessary and what is not - something only possible from years of experience.
For example, most ads are now watched on smartphones as consumers migrate to smaller screens. However, this means that image quality has become less meaningful. So, if a visual reference requests a certain shot to be filmed with an anamorphic lens but the ad won’t be airing on cinemas or TV, it is important to scrutinise the request to ensure that the shot and style matches the eventual output.
2. By failing to prepare...
Secondly, it is crucial to anticipate a client’s needs during production. A well thought out contingency plan can be the difference between a smooth agile project and one that’s repeatedly held up by roadblocks.
For me, it doesn’t matter what we’re working on, who the director is or what the brief says - there must be a planning stage at which we strategise a plan A, B and C. Whilst it can be laborious to work out multiple scenarios - especially when plan A may work perfectly well - planning for difficulties will save you more time than it won’t, take my word (and experience) for it!
So, meticulous planning is the golden rule for any production and I believe that this goes double for car shoots as their intrinsically technical nature requires careful and thorough planning. As an example - the Russian arm operates beautifully on even roads, yet has difficulty stabilising on uneven surfaces. If we didn’t plan for variables such as this, then precious hours of a shoot could be lost re-strategising - an expensive oversight for all involved.
3. Behind every great driver is a great pit crew
Admittedly, this can sound cliché but teamwork really does make the dream work. Without the right team even top of the range gear and stunning locations can easily fall apart. Making sure that you’ve got the perfect people for each job - the ones who know their craft inside and out and can proactively deal with literal and figurative bumps in the road - is what really allows the work to come alive.
At the end of the day, the core logistics of film production don’t change. Flexibility, experience and discernment are all needed in equal measure to ensure the big vision can be realised on time, appropriately and to budget.
I think most importantly, you have to be prepared for anything to happen... but try to enjoy the ride at the same time! (Appropriate advice for life as well as car shoots, most likely). 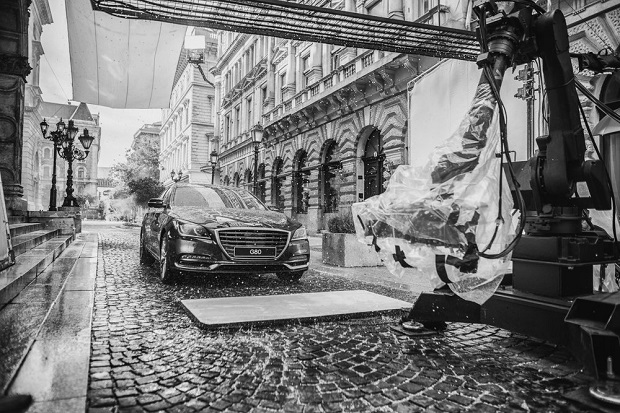 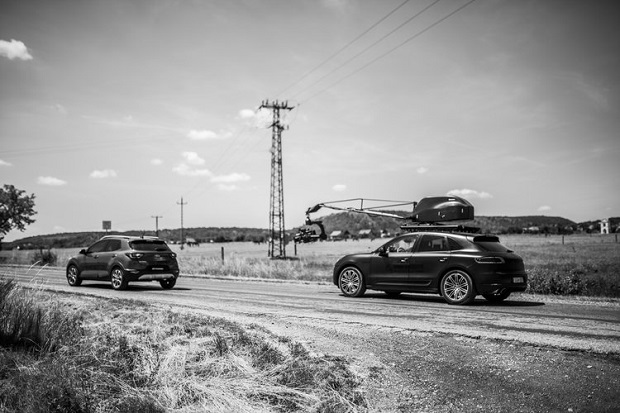 Zita Kisgergely is producer and owner of Flatpack Films in Budapest, Hungary