Welcome to the LBB Film Club. With everyone cooped up inside, self-isolating and socially distancing, there’s never been a better time to get into – or back into – short films. Tart little nuggets of pure storytelling – and the perfect parcel of distraction. That’s why we’re starting the LBB Film Club, showcasing short films and the odd feature every day.
We’re kicking things off with a dark comedy from 2AM Films director Joe Roberts. Kelly tells the tale of a woman shuffling back home after a very heavy night out. And let’s just say that what she finds when she gets there doesn’t much help her hangover…
We’d recommend that you watch the film first to avoid spoilers and then check out our Q&A with Joe below.

2AM Films "Kelly" - Sound By Tom Pugh from GCRS on Vimeo.

LBB> First of all: you sick puppy, you broke the first rule of movies (according to the movie Seven Psychopaths) and killed the dog. Why did you decide to go there?
Joe> Haha. That's a very good point. Pitch black comedy really floats my boat, (Martin McDonagh is a big inspiration so I’m glad you quoted Seven Psychopaths.). Laughing when you shouldn’t is very human, it’s a release of tension when you feel awkward for someone else, so really it’s the most empathetic thing you can do. That’s what I tell myself anyway. I wanted to make a modern horror short, only with no jump scares or monsters, only the truly terrifying element of plausibility.
From a production point of view, you can either show elements of the dog or just go full hog and show the whole dog. We looked into being more coy with the framing and a stuffed dog, but once we did some tests and realised we could make a sleeping (very much alive) dog look dead with CGI, so we held nothing back. 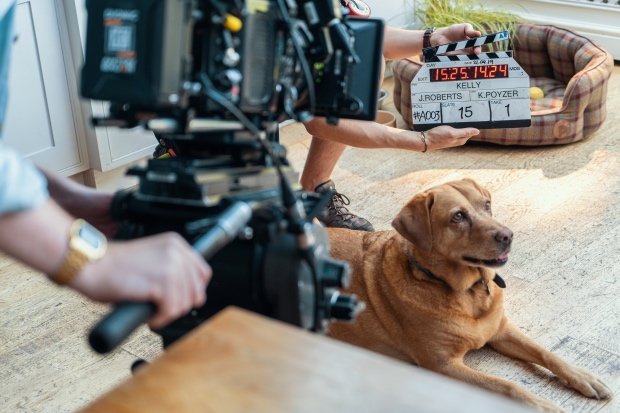 LBB> The writing is unflinching and also full of some brilliantly observed details. You wrote it with Maddy, who also stars. How did you work together on this and where did all these little details come from?
Joe> I worked with Maddy on a comedy pilot in 2017 and she stole the show so it was a matter of me working out a way how we could work together again. I quickly wrote a script based on an apocryphal story I had heard almost 10 years ago and sent it to her and everything moved quite quickly after that. We spent the day before the shoot in a rehearsal room. Maddy is a fantastic improviser so it was a case of taking the best bits of the improvised dialogue from Maddy and working them back into a shooting script for the following day. “I don’t eat lamb”, “I think he’s a member”, and “how much longer you wanna do this for” are all from Maddy’s twisted, hilarious mind. 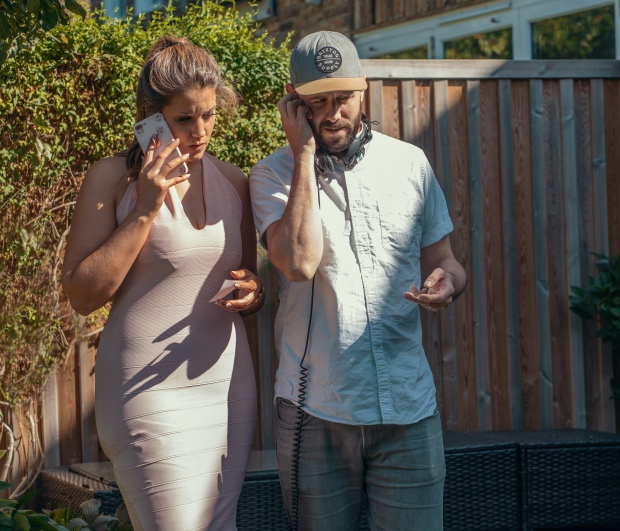 LBB> How did Scroobius Pip get involved?
Joe> In the first draft of the script, I was lazy with the character descriptions and wrote “A man approaches, he looks like Scroobius Pip”. I’m a big fan of Pip’s output over the years and he’s been a headphone companion when I’m working. When I wrote this, I saw Maddy playing the woman and Scroobius playing the man. I sent the script to his agent and Pip was up for it so it all kind of fell into place.
LBB> And what were the highlights from the shoot?
Joe> Working with our lovely dog, Smilla, who was the most well behaved dog I’ve ever met. Luckily she loved lying down in the sun so she was a dream. Shooting with a crew full of enthusiastic, generous, funny people was the real highlight. The early morning and the sunshine was lovely too. Feels like a long time ago now.

Delve into a Chocolatey Fabulous Moment with Fox's Biscuits

Travel Through Space in the Mundanely Futuristic Short 'Floaters'

"People Find it Cathartic to Talk About What They've Gone Through"

Enjoy 'The Best' with Morrisons in Latest Valentine's Day Campaign