Ink. is the employee-run zine from the crew at Huge. It was launched in 2017 by production design lead Paul Williams, distributed on a quarterly basis, provides Huge employees with an opportunity to showcase their side projects and interests. The latest issue - 005 - embraced the eerie, edgy side of the spooky season that's just passed. It features legit tattoos, serial killer stories, horror movie reviews, ghostly illustrations and loads more.
LBB's Addison Capper chatted with Paul to find out more about this particular issue and the project in general. But to whet your appetite check out the following excerpt from a short story titled 'Siren’s Song' by senior copywriter at Huge, Morgan Mack. It accompanies the cover illustration (which you can see above) by Jacqueline Deberry, a senior art director at Huge.
“Then I heard the music. It was quiet as a whisper. I thought for a split second that it was my imagination. A phantom sound pulling on the threads of my consciousness. I blinked and found that I had moved. Not a step like I remember taking. But across the office to stand next to a window that faced the city. The glass was broken and bloody, and I became aware of a dull ache in my arm. The ache bloomed into a fiery burn. I was bleeding. A lot. The blood was all mine, and I was bleeding everywhere, even though I didn’t remember breaking the window with what appeared to be my bare fist. I went into a blind panic, wrapping my shirt around my arm to stem the bleeding. I glanced back at the window to see if there was a clue as to why I’d done what I’d done. I saw it.”
LBB> To get going, tell us a bit about Ink. What is it and what are the main aims behind it?
Paul and Chappell> Ink. is a platform for creative experimentation made for and by Huge employees. At its core, it’s a printed zine that we design and edit together, with two to three issues printed every year. Additionally, it is also a playground for us to expand our daily practice. Sometimes we add in a fun, bonus AR feature, or whatever other medium we’re interested in learning more about as an agency and as practitioners.
Ink. is also a chance for everyone in our agency to bond. It’s funny - you can work side by side with the most incredible, talented designers and artists and never know it. We have someone in our finance department who’s a poet. One of our copywriters submitted beautiful collage work. This is a chance for all of us to reveal another side of ourselves and connect to one another.
An internal, employee-run zine can seem like such a small thing. And at times we wondered if anyone would be interested in it. But suddenly, it starts to matter. On drop day, when we release a new issue, it becomes something everyone in our offices looks forward to. For an agency that primarily makes digital products, it’s a physical reminder of how fun, connected, and thoughtful we are as a group of people who happen to be employed at the same company. 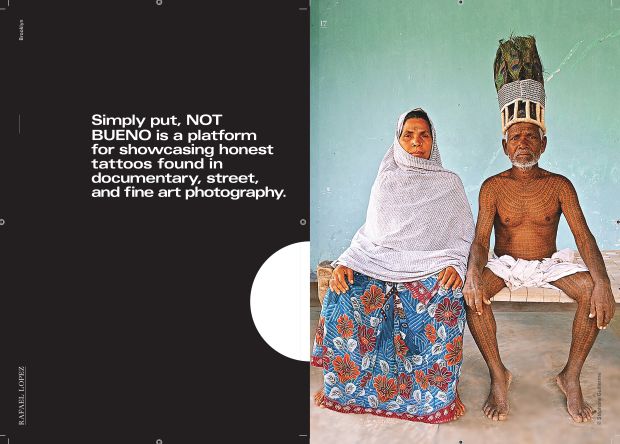 LBB> How did it feel to flex your spooky muscles for this edition? What was your editorial remit when looking for ideas from your colleagues?
Paul and Chappell> Dark, gothic, haunted aesthetics are a favourite among our zine team. So this was a no-brainer for us. When we put out a call for submissions, we were completely surprised by how much everyone took Halloween as an inspiration and ran with it. Not everything in this issue is literally Halloween-related, but all the featured work is eerie, dark, or edgy in some way.
LBB> Why is Halloween the most wonderful time of the year?
Paul and Chappell> Aside from celebrations like Pride or Mardi Gras, it’s the one time of the year where American adults live their truth. They can be whoever they want. They dress up as vampires and celebrities and ridiculous puns. We decorate storefronts and houses with fake cobwebs and zombies, and it’s just totally normal. How could there be a better time? 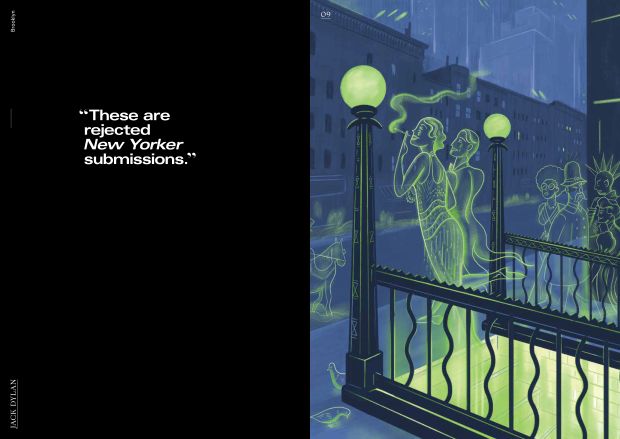 LBB> Where did you get the serial killer stories that feature? And the tattoo feature - what was the thought process behind that?
Paul and Chappell> Rafael Lopez, one of our technical analysts at Huge, created a platform called Not Bueno to promote the work of photographers and filmmakers who showcase what he calls honest tattoos - body art that’s born of cultural, communal, or religious experience. It’s an archive of sorts, that validates expression from the smallest Latin American neighbourhoods to heroin safe houses. When the photographs came in, we were floored. We knew we wanted to feature them printed large and bold. “All of this stuff I show is what I consider REAL tattoos with no offense to traditional tattooers,” writes Rafael. “…[A]lmost everything in current tattoo magazines is crap. I believe there’s a lot more we, all of us, can do to understand and appreciate non-traditional paths.” And this really gets at the heart of what we want this zine to be - a place to challenge norms through creative expression. 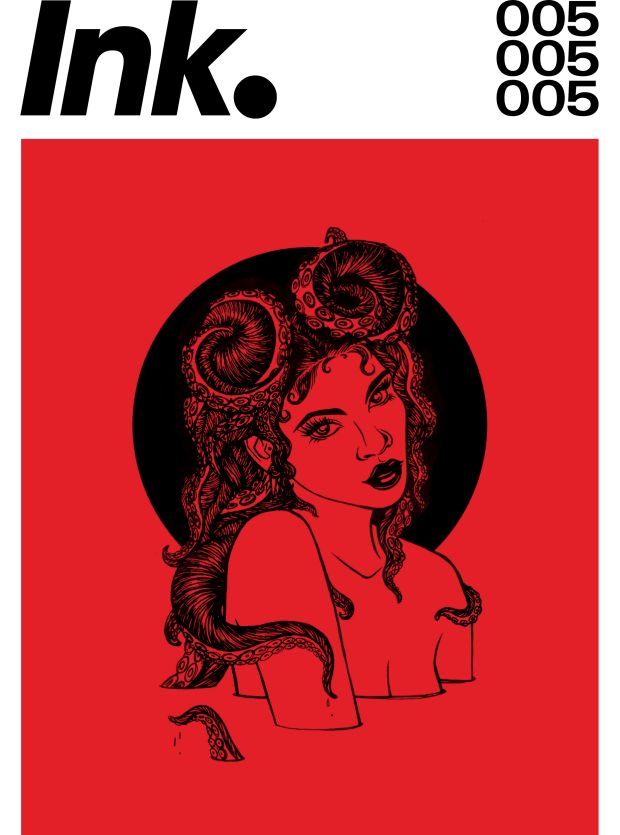 LBB> Does each Ink. follow a theme like this? What have you explored in the past? When does the next Ink. launch and what are you planning to focus on for that?
Paul and Chappell> Originally, Ink. didn’t have a theme. But we realised that it can be a little daunting for employees to know where to start when it comes to submitting work. When we announced that issue 005 would be Halloween-themed, we received more submissions than any issue prior. So we’ll keep rolling with themes. For February, we’ll publish the How-To issue - guides, maps, recipes, etc. We also hope to drop it around Valentine’s Day, so we’ll also welcome submissions related to all things love and romance. Now that we’re about to start our sixth issue, Ink. feels legit. Our fellow coworkers are taking ownership of it and making it theirs. We’ll continue to come up with inspirational themes, and we can’t wait to see how this project grows over time.