‘Habibi’ is one of those words that no other language can fully encapsulate through translation. Often said to mean ‘sweetheart’ or ‘my beloved’, it’s a term of affection that can be used to address your husband, friend or your barber - a versatile way of letting someone know you care about them.
Imad El Rayess, who was raised in a small German town with Lebanese parents, always had a fondness for the word. Now he and his creative partner Jessica Rees run a fashion brand by that name, it’s taken on a greater meaning than he could have imagined. 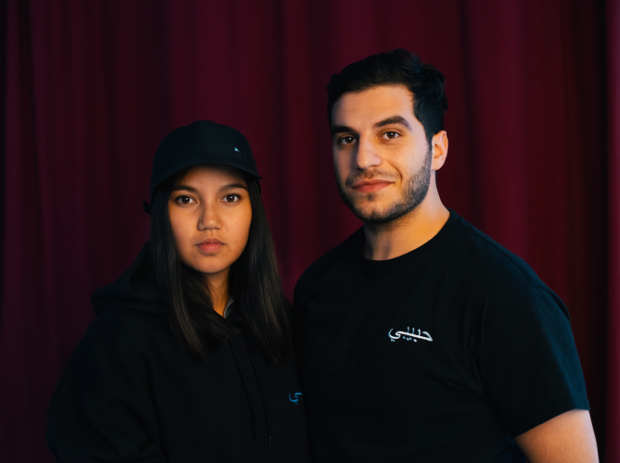 Jessi and Imad
Habibi began in 2016, when the agency Imad worked at got a new embroidery machine. He loved playing around with these toys and having the chance to make his own clothing was exciting to him.
Following the European migrant crisis of 2014-2015, hundreds of thousands of Syrian refugees had entered Germany to seek refugee status, leading to tensions and the worrying rise of the less-than-welcoming far right in the country. Imad had been thinking about the way prejudice against Arabic people even extended to the script of the region, no matter what message was written in it. His first idea was to stitch the Arabic word for Germany into a T-shirt, to demonstrate this interesting contrast. As a German of Arabic descent, the idea resonated with Imad. “Of course I’m German, but people always asked me where I come from. That was always a conflict,” he says. 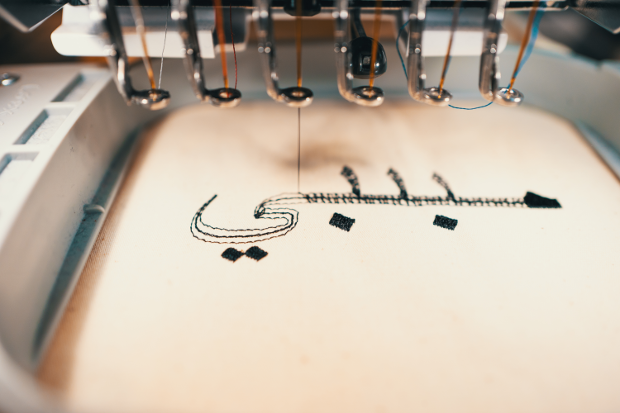