Fruit of the Loom Proves Nobody Notices Advertising 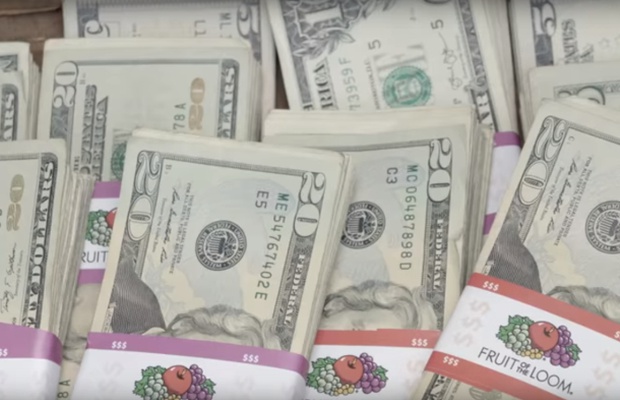 People don’t acknowledge advertising. Which is fine because CP+B is advertising Fruit of the Loom’s new Everlight underwear, a product that is designed to go unnoticed by the wearer. So instead of a traditional campaign, they’re doing an experiment to prove that when they tell you Everlight underwear is so light you won’t notice it, they mean…you really won’t notice it.
The campaign started by putting the underwear all over NYC along with stacks of cash, free for the taking in broad daylight, to see who if anyone would notice. It was spelled it out on billboards and posters, through QR codes, little doors and whatever those inflatable wavy man things are called – all with clear instructions on how to get the cash.
In a city of nine million, only six people noticed.
There are 11 components as part of this campaign. Six are featured in the video – the city notice poster, QR code poster, punch poster, the tiny door, the wacky wavy guy and the view scope. And then running now there is a transit ad, classified, social post, poster and a fold-in print ad. Some of these are running in multiple places.
A statement from CP+B read: “We’re not saying there is or is not more stuff for the people who notice to redeem, we’re saying there are more ads out there and we’re curious to see what happens.”
And there are more ads out there now, which are described on this website.