LBB> Hello Gosia & Julia from Tango Production in Warsaw! Tell us a bit about you and your company?
Hello! Thank you for having us here. Tango has been on the market since the very beginning of the advertising industry in Poland, so we are definitely one of the oldest here. I would say we are a medium sized company, not trying to grow too much as we like to be ‘hands on’ and have a close relationship between us and the client. Lots of the team have been with the company for many, many years and we see the rare staff turnover as one of our strengths.
We started off by producing for the local market, including all the agencies and clients that have been popping up in Poland throughout the years. DDB, Leo Burnett, Saatchi, BBDO, Grey, Publicis to name just a few. We have also worked as a P&G production partner since 2005 and we were the pioneers of production service, doing our first one in the early 2000s for Rose Hackney Barber. Over the past seven years, we have moved increasingly into production service and that is definitely our main goal at the moment. To get more people from all around the globe to shoot in Poland with Tango Production!
LBB> Tango has been going since 1993. That’s quite a feat in the world of  advertising! Have you seen the industry change dramatically during this period?
Yes, we have seen a lot. Even if the change has been gradual, there’s a big difference in the advertising and production industry between 10 years ago and today. Obviously, budgets are one thing, but also the final media broadcast is different. Clients are much more involved in the process than they used to be, agencies are definitely struggling and new ways of producing is a fact that we need to face.

LBB> What do you think are the main issues when it comes to production service? Has the political climate affected shooting in Poland?
I think the budget process is important, trying to be as accurate as possible. You obviously want to be competitive but at the same time you don’t want to overpromise what can be done in a certain budget. A good dialogue with the producer is a must. I would not say that the political climate affects our work that much, even though the Polish political scene is a mess.
LBB> Tango has shot with some great production companies in the UK, US and France such as Knucklehead, MJZ and Partizan. What do you consider to be the main benefits of shooting in Poland and why do you think they continue shooting there? And why would you shoot with Tango?
Yes, we have been very lucky getting the opportunity to work with such amazing production houses. I think Poland combines a few very important elements that make us a great film destination – a rich film and theatre history that has created top DOPs, amazing set designers, wardrobe stylists and great technical crews.
There’s a variation of locations, starting off with sandy beaches, forests and Alpine-looking mountains before moving on to modern cityscapes. The central location in relation to the rest of Europe makes it easy and inexpensive to fly to and from all European countries and the US. Last, but not least, there’s the cost of shooting. It’s much less expensive than elsewhere.
As Tango has been on the market for so long, we have gathered an enormous experience from not only working as a production service partner but also by producing ourselves and shooting all over the world. The experience gathered from our colleagues in other countries plays an important role here. While doing our own productions, before we mostly worked with foreign directors and often with really top guys, such as Zack Snyder or Graham Rose. That made us realise very early what the demands and expectations are when shooting with directors from the UK or US, and I think that is one of our enormous advantages. 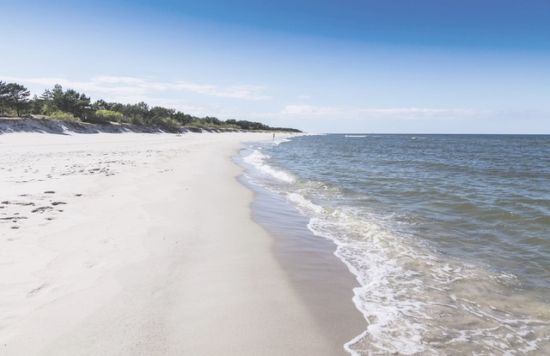 LBB> Considering the pound is weak at the moment, why would you persuade companies to shoot in Poland as opposed to shooting in London? When's the best time to shoot in Poland?
Even though the GBP is weaker now, it is still much less expensive to shoot in Poland than in London, even though you need to add the flight and accommodation costs into your budget. You can get much more production value here in Poland than in the UK for the same money. We have four distinct seasons in Poland, so that all depends on your brief. Also, a lot of our service productions are studio-based; set construction is amazing and much less expensive than in other parts of Europe. 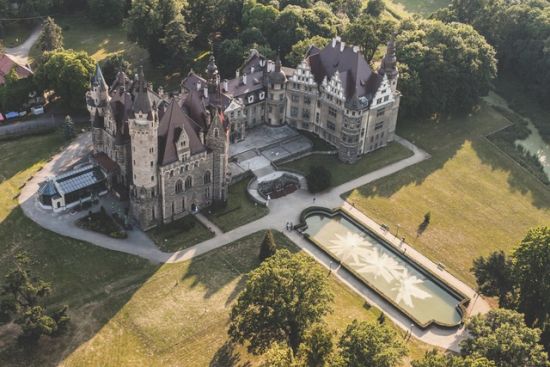 LBB> Poland can be very surprising in terms of locations. Can you tell us of any hidden gems that not many people are aware about?
I think a lot of people are not aware of our coastline with miles long, sandy beaches in the north and also the diversity of architectural style in the big cities. Among the modern buildings we also still have many interesting locations from the communist era; they feel almost forgotten and dusty, but become fantastic film spots.
LBB> What's up next for Tango? Any productions in development?
We have had a very busy summer, so we are trying to catch up on our PR and sales trips, but at the same time we have a big French job shooting at the end of this month, which is great! 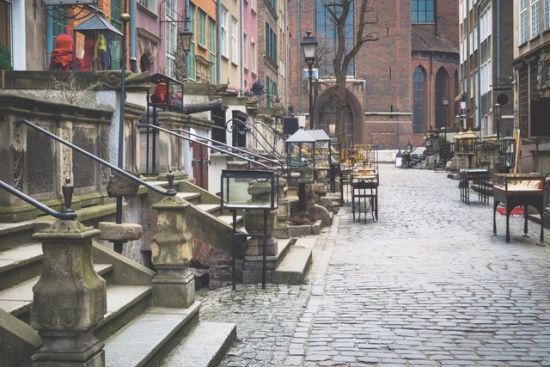