Changing the World, One Lunch Break at a Time

LBB’s Alex Reeves reports back from the first Food for Thought, an event that brings agency folk together with charity briefs

Last Friday lunchtime the official launch of Food for Thought took place in the Poke and Publicis London building.
The brainchild of creative Marcella Tarable and strategist Sina Hegny, who both work at Poke, and account director Saffron Clague of Publicis London, Food for Thought is a social initiative that invites agency folk to donate their skills to help a charity, in exchange for a nice lunch.
After a pilot this summer, the first official session welcomed creatives and strategists to team up and work on a brief for Critically Endangered Socks, a social business that aims to protect the world’s most critically endangered animals by selling socks.
The idea started with Marcella, who noticed all of her agency friends and colleagues had the impetus to help good causes with their skillsets but limited obvious opportunities to do so. She found herself using her weekends or holidays to go to hackathons where she could work on briefs for good. But in her lunch breaks she was sat at her desk, “watching stupid videos or catching up on work,” she says.  “I think everyone is really hungry to do something for good. And there aren’t enough opportunities in advertising to actually do it. Not all agencies have charity clients. And it’s usually pro bono work anyway. Maybe the agency invests some money to do a cool idea. But not many agencies do it on a daily basis.” 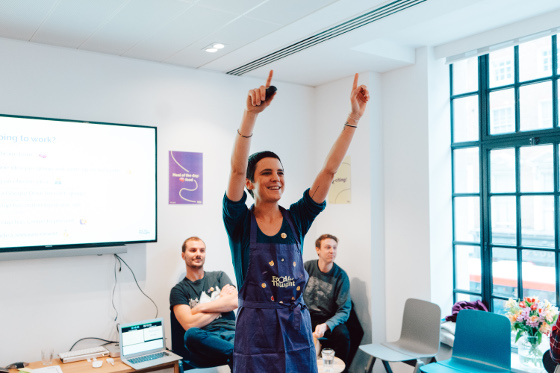 Marcella at the inaugural hack lunch
With thousands of good causes out there with no budget for advertising and the thousands of agency professionals wanting to help, Marcella knew that it shouldn’t be too hard to bring them together. She went to an event called Special Guest with a very loose idea - creating ideas to promote charities in a lunch break. She pitched it to an assorted audience in the 60 seconds she was granted. Designer Anton Wade loved the idea and offered to build her a website for free.
“From the moment I started to share it with the world I had people to help me. It was incredible,” says Marcella.
She and the rest of the team began reaching out to charities and fleshing out a structure for the sessions that wouldn’t require agency folk to give up too much time and would give the charities something they can leave with and use to promote themselves. And on Friday it all came together. 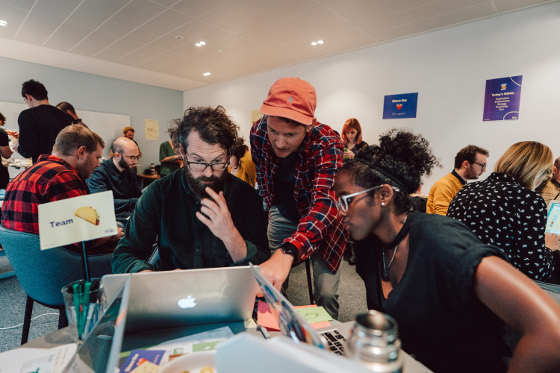 Food for Thought divided the agency people donating their lunch break into teams of four, each with one strategist and three creatives. The Publicis cafeteria provided everyone with a neatly-packed box of ‘brain food’ and the day’s good cause, Critically Endangered Socks, brought the brief. “I’ve always been very passionate about socks,” says founder Dom Desmond. “They enable people to showcase their creativity and personal brand.”
Providing the teams with a brief introduction to his fledgling brand, Dom explained that he visited the rainforest in Borneo ten years ago, spending months tracking orangutans, seeing first hand the vast tracts of jungle being cut down to make palm oil. This was five years or so before palm oil started making the headlines. “Back then it was exciting - a new way for everyone to make money,” he says. 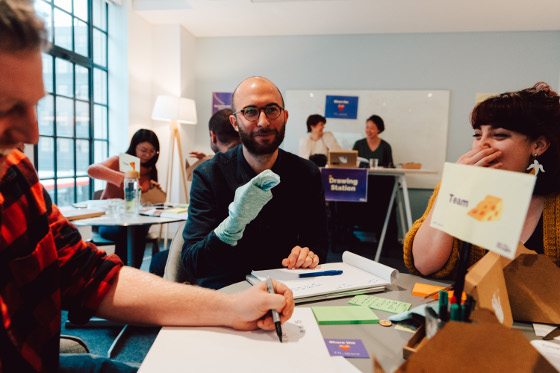 He came back to London, became an art director, his experiences simmering away at the back of his mind. “I couldn’t quite get the country out of my head.”
As it turns out, palm oil isn’t great. It’s already destroyed 56% of lowland tropical rainforest in South Borneo. In 2017 Dom went back. “I wanted to help but I didn’t know how a white westerner like myself could,” he says.
Dom met an NGO called FNPF who buys rainforest in order to protect it. It’s actually quite simple - they need money to buy land so that the palm oil producers can’t touch it.
Naturally, Dom decided to start a sock company, producing soft bamboo socks, with 20% of sales going towards buying the rainforest.
In the first year, Critically Endangered Socks has expanded to help protect five different animals: the Borneo orangutan, Amur leopard, Maui dolphin, Sumatran elephant and hawksbill turtle. Dom collaborates with a different NGO for each of these.
When he  heard about Food for Thought he was clear that the idea could make a difference to organisations like his. “Advertising agencies have such a wealth of creativity flowing through them,” he says. “And I think creatives, strategists, and designers - most of the people I’ve spoken to in those roles want to do good. An idea like this allows them to do good within their agency.”
Even though he’s a creative himself he values the opportunity. “You become a bit channelled in your own thinking and it’s amazing to speak to creative people who open up those channels and look at it from a different perspective. Believing that you know all the answers is a problem. Opening up to help is so important.”
Critically Endangered Socks has already protected about four football fields of Borneo rainforest in its first year and given a significant amount of its profits to charities for the other animals. But Dom wants to help as many animals as possible.
With the charity introduced, Sina outlined the brief from a more strategic perspective - in a nutshell to raise awareness of the brand among millennials, primarily through engaging with them on social media. 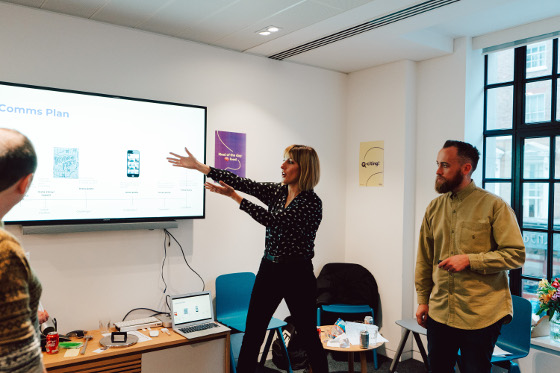 Then the teams got stuck in. They had 20 minutes to brainstorm ideas, five minutes to choose one and 40 minutes to refine it into something they could then present in front of their client for their lunch break, Dom. They had access to pre-made presentation deck templates that they could drop their thoughts and assets into and two volunteer illustrators circulated, offering their services to whoever needed them.
One group’s idea centred around the idea of covering “10,000 feet” of rainforest on a map with posts of people’s feet wearing the socks that they’ve bought (“#Selfeet”... of course), representing the bits of rainforest that the socks were saving.
Another focused on the big questions, like “how do dolphins wear socks?” The #StickOnASock campaign is a social challenge where people are invited to imagine how the endangered animals might look wearing socks. The idea revolved around shareable and remix-able content for Instagram.
The third team came with an answer to the problems Dom’s business is trying to fix: “Put a sock on it.” Their idea was, at its heart, a PR stunt to make the most of a small budget, putting socks in prominent places, on statues in public places, creating intrigue and hopefully a ‘social movement.’
Maybe it was inevitable that one idea would involve sock puppets, but the team that did put them in the mix also had a smart insight: “animals can’t fight for themselves.” This strategy was to give endangered species their voices back by creating a series of Instagram posts and stories featuring the animals in sock puppet form, talking about how the socks have saved them. They created unique characters for each of them - Larry the Leopard is a bit rough and honest, Eric the Elephant is a hipster, Diana the Dolphin is very refined and elegant. 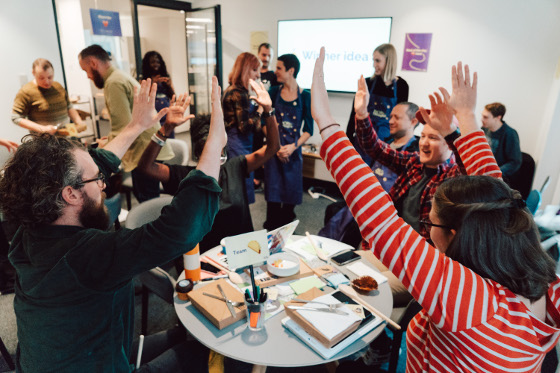 To find out which idea Dom chose as the winner, you’ll have to watch out on Critically Endangered Socks’ social channels.
But in the meantime, Marcella and the team can’t wait to grow Food for Thought and take it to other agencies. If you’d like your agency to get involved or you’d like to collaborate, please send an email to hello@foodforthought.space or visit www.foodforthought.space.

Scott Lee: Nice Post My name is Scott Lee and thanks for sharing this information. Get the best <a href ="https://www.ozassignments.com/finance-assignment-help">Finance Assignment Help</a> in Australia. Thanks.