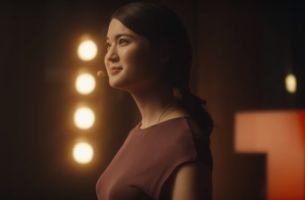 Cadillac, in partnership with Publicis Worldwide and Rokkan, returned to the 88th Annual Academy Awards to continue building upon its inspiring 'Dare Greatly' brand platform, which relaunched Cadillac last year. The night of the Oscars unveiled the fully integrated brand campaign, building on the brand’s momentum, and the launch of two new vehicles­­: the Cadillac CT6 flagship sedan and the first-ever Cadillac XT5 crossover.

The new campaign celebrates those who dare to drive the world forward, nine remarkable innovators, ranging from ages 15 to 26, an ensemble representing the remarkable vision it takes to see what can be, the self-belief to take on those challenges and the motivation to make it happen. These remarkable innovators include: Easton LaChapelle, 19, inventor of the brain-powered, 3-D-printed prosthetic; Christopher Gray, 24, founder of the app Scholly that helps students to more easily find scholarships for college; and Laura Deming, 22, is a pioneering researcher dedicated to developing therapies to extend human lifespan. The campaign follows other similar stories of powerful invention born from brilliant young minds.

Additional work supports the launch of two new vehicles: the CT6 and XT5. Innovatively engineered and beautifully crafted, the CT6 combines advanced technology with breathtaking design. The first-ever XT5 crossover is a thoroughly progressive vehicle both inside and out, designed to accommodate needs, while expressing a distinctive sense of style.

'Don’t You Dare' begins in social, teasing the origin stories of three of the main innovators in several 15-second videos, developed by Rokkan, showcasing the challenges they faced and the inspiration that drove them. Ultimately, the teasers arrive at Cadillac’s brand site, DareGreatly.com, which houses three 60-second spots featuring the in-depth origin stories, told from each entrepreneur’s own words.

Cadillac’s DareGreatly.com has been completely relaunched as a premium digital lifestyle destination for luxury consumers. The site hosts a wealth of content and provides an in-depth look into the stories of those featured in the campaign. And through Cadillac’s social channels and DareGreatly.com, audiences will be invited to participate in the conversation and share their own daring stories. The work launching this weekend includes TV, print, Out of Home, online video content and ongoing social.

Commenting on the Cadillac work, Publicis CCO Andy Bird stated, “In recent years, Cadillac has redefined its brand image by changing the conversation around a new generation of drivers. With this most recent development in the ‘Dare Greatly’ story, we hope to harness that cultural excitement and inspire that generation of boldness through the inspirational stories of their peers.”

The new spots aired during the Oscars broadcast and more new content (as well as background on those featured) can be found by exploring DareGreatly.com.