With home-delivery of food and alcohol surging while people are in lockdown, Aguila Beer partnered with the Rappi, the largest delivery app in Colombia, to encourage people to eat while drinking. When people order an Aguila Beer Six Pack through Rappi, they receive the beer delivered to their door, but with a twist.

The beers arrive disguised in iconic fast-food packaging such as a cheeseburger meal, pizza or fried chicken in order to trigger a food craving just as people start to drink. Each Six Pack contains a discount coupon for Rappi, encouraging people to practice one of the main behaviours of responsible alcohol consumption – eating while drinking.

Miguel Merino, marketing director for Aguila Beer said: “For Aguila Beer, smart drinking is a strong pillar in our brand’s construction. With sales of Aguila Beer on Rappi rising by 33% in May alone, we wanted to encourage responsible consumption of alcohol at home. By putting the idea to eat while drinking right in the hands of our consumers, we hope to get people’s attention and change their behaviours in a disruptive way.”

Carlos Andrés Rodríguez, chief creative officer at MullenLowe SSP3 said: “When working with Aguila Beer on smart drinking campaigns, our aim is always to change people’s behaviour. Eating while drinking is the best way to drink responsibly, so through something as simple as changing the packaging to trigger a food craving as soon as the beer arrives, we hope we can encourage people to drink responsibly at home.”

The brand will also run the campaign on social media, with ads for Aguila Beer disguised as ads for fast food using the #ResponsibleCraving (#AntojoResponsable), in order to trigger a craving for food while associating this behaviour with the beer. 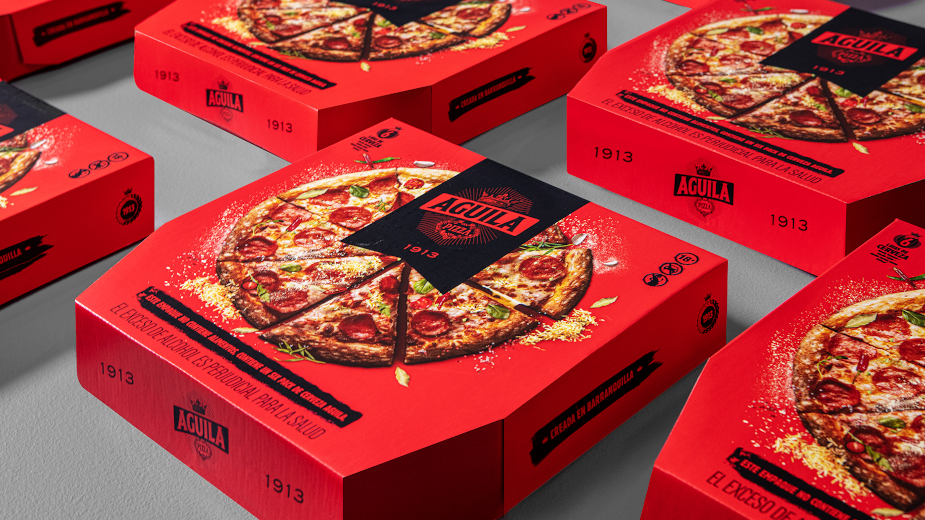 ABInBev is committed to leading new initiatives that aim to highlight the responsible consumption of alcohol. In December last year, MullenLowe SSP3 and Aguila Beer launched ‘The Beer Cap Project’, in partnership with some of the world’s most recognised brands to promote responsible drinking. Launching in Colombia, Aguila Beer and MullenLowe SSP3 took the campaign global, with billboards popping up in various locations around the world asking brands such as Heineken, Miller, Asahi, Guinness and Pilsener to yield their caps to non-alcoholic partners to help consumers drink responsibly.