Anusheela Saha isn’t just a creative for FCB Ulka. She’s a creative in her own right with a love for fashion that grew into designing school bags that are powered by sunlight to help children in poorer communities study at night. The lives she’s touched and changed by this idea have stemmed right across India from north to west – and couple this with the Period Girl campaign FCB Ulka worked on to educate young girls on their periods, one can say she is improving the lives of the India of tomorrow one step at a time.
She’s now group creative director for FCB Ulka, but Anusheela hasn’t always been destined to be a creative director. She began her career as a political science graduate to keep her parents on side before interning at an agency and falling in love with the art of advertising.
Here she tells LBB’s Natasha Patel about her journey, teaching herself how to art direct and an educational project for children that she’s got in the pipeline.

LBB> You come from a family of doctors and engineers so how did advertising come about - especially after a political science degree?

Anusheela> I come from a family of doctors, engineers and MBAs...so the fact that I wanted art and design to be my career was completely worry worthy for my parents. I took up Political Science because it’s a scoring subject and also because it made my parents happy. But once the graduation was done - I thought let’s do something with art and design. And the next thing I know, I am intern at an advertising agency going through the Big Book of Logos.

LBB> You call yourself a 'self taught art director', why?

Anusheela> I am a Political Science major and never went to an art school. But I devoured anything I found artistically interesting and was trained early to be extremely curious. I learnt to paint as a hobby - went to art galleries - enjoyed art and always knew that I would be doing something artistic. So when I finally joined advertising and was a lowly intern, I stayed back after work watching retouches work and picked up techniques from senior art directors. And I kept practicing over and over what I’d learnt. Voila! and that's how you have a self-taught art director.

LBB> In your younger days, fashion was a huge passion of yours so what swayed you to go from that to your first role at Contract Advertising?

Anusheela> When I was 17, I gifted myself my first Vogue. It was bought from a second hand book store. That magazine changed the way I thought about art and design. Names like Valentino - Alexander McQueen hit me with their vision and I thought this was it! I want to be a fashion designer. But eventually the love that stayed on wasn't fashion design, it was the serif font play vs the sans serif. It was the shocking pink filter in a photoshoot, the dots that formed the name Stella McCartney that intrigued me more. So once my three years at college were done with, I walked into Contract Advertising and got myself an internship.

LBB> And speaking of fashion design, tell us more about the solar powered school bag?

Anusheela> That's a piece of work very close to my heart. Very simply put, it's a school backpack that doubles as a reading light so that children in Indian slums can still study during power cuts. The bags had solar panels attached to the outer flap, and got charged while the kids walked to school. And in the evening when they had power cut, all they had to do was to turn the flap around and there would be light! 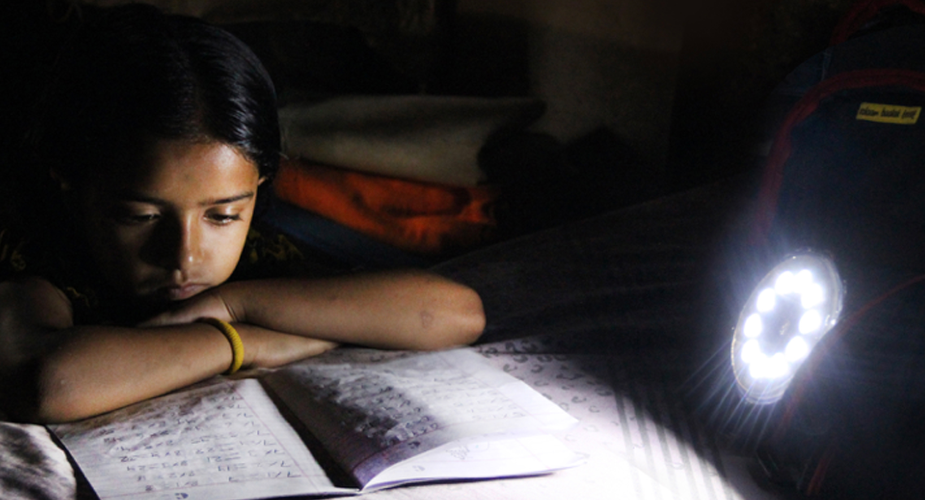 LBB> The impact of the bags must have been incredible - how did you feel once you took in what an amazing thing you’d done?

Anusheela> I have to be grateful to some really amazing people and organisations that came forth to fund and distribute the bags. These school bags have found their companions in children across Indian slums. I have also been told they are to be found amongst school kids in the town of Leh. That's one of the highest altitudes in India - where villages have no or unreliable sources of electricity.

LBB> In your eyes, design is used to “simplify things”, tell us more.

Anusheela> Most people think of design as an act of surface beautification. But good design is never about something that just looks good. It’s about how it works. Design is like a strategic approach of taking people’s needs and turning them into meaningful simplifying experiences.

LBB> You work closely with Swati Bhattacharya, who was India’s first female CCO in 2016, and in your opinion, how can the industry in India pivot towards gender equality more?

Anusheela> Fewer sexist jokes to begin with! Ha! And of course more women running the show. If a woman boss leaves work every day at 6pm she is often doing that so she has the time to read to her kids, to do homework with them and for the sake of a bedtime routine. But by default she is also helping other women in her company to redefine a new normal. That is so important if we as an industry are to become more gender equal. So yeah, more women leading the pack.

LBB> And with that in mind, you decided to leave the industry for a while when you had your first child - but how have things been since?

Anusheela> Frankly, I did not want to give it up. I worked too hard to have this career. But I had to look at my work life in a different way. And I decided to take some time off without the maternity leave tag. I decided I had to be in a place that understood my new role as a mother. And soon enough I found the person who accepted me with open arms and hired me for my talent and for being a mother.

LBB> You and your team worked hard on the Period Girl campaign that was aimed at poorer communities. What inspired the idea and what has the feedback been?

Anusheela> We created a Period Girl inspired from the very first drop of period blood that stops an unprivileged Indian girl from living her life. We made the Period Girl run, skip and go cycling, everything that she is discouraged from doing during her period. This was an awareness campaign for brand Carmesi's CSR initiative. And we made CSR look modern, contemporary and Instagram love worthy. In all probability she will be back in the coming year - in more places than outdoor and social media. 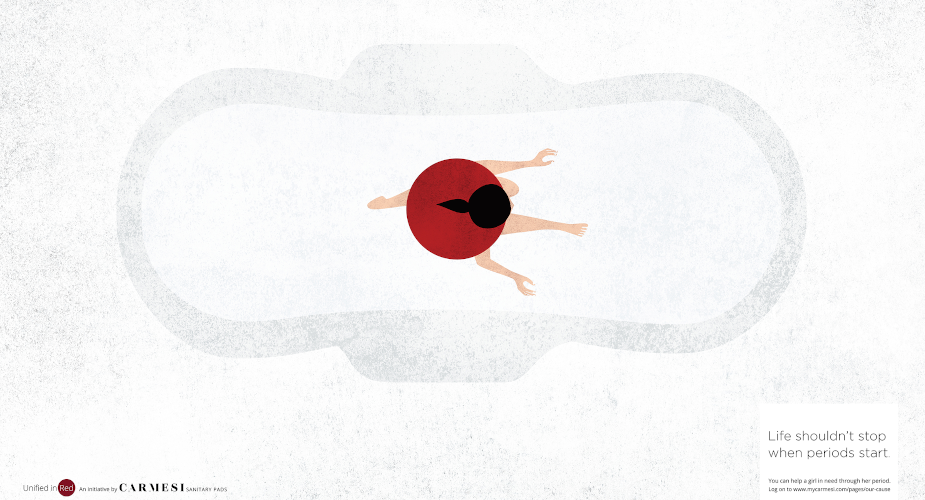 LBB> When it comes to improving education and life for the younger generation there’s no stopping you! You’re now working on a children’s book that shows them about the environment - why is this so important to you?

Anusheela> A pair of denim jeans consume about 1500 litres of water in their making - how often would you find this information in a children's book? Almost never.
Yet it’s a piece of information they need to have and remember and spread. Environmental management in its simple and applicable form should be a part of school curriculum and not just a government objective. And I feel this area needs so much work with the involvement of children. So the making of a book about this has been marinating in my brains - I should be getting on with it very soon now.